Derek Carr’s unceremonious benching brought his tumultuous 2022 season to an abrupt end. It also set him on a course for a potential split from the Raiders.

In a lengthy statement posted to Twitter on Thursday, Carr said goodbye to the Raiders organization and fan base, expressing gratitude for their support and looking ahead to his future most likely with another club.

“I once said that if I’m not a Raider I would rather be at home and I meant that, but I never envisioned it ending this way,” Carr wrote in part. “That fire burning inside of me to win a championship still rages. A fire no man can extinguish; only God.

“So I look forward to a new city and a new team who, no matter the circumstance, will get everything I have. Winning a championship is what I’ve always wanted and what I will continue to work towards.”

Carr’s career with the Raiders has included the highs of three straight Pro Bowl trips (2015-2017) and two playoff appearances, as well as the lows of six losing seasons and playing through parts of two seasons with interim coaches. In 2022, Carr struggled at times to produce points for the Raiders, who were expected to contend for the AFC West title thanks to the offseason acquisition of former Fresno State running mate Davante Adams. Instead, they often failed to sustain their first-half success over the final two quarters of games, finding unique ways to lose leads far too often to remain in playoff contention.

With only a slim chance of reaching the postseason, first-year coach Josh McDaniels decided to rip off the bandage, benching Carr in favor of Jarrett Stidham for the final two weeks. Stidham was surprisingly effective, but the results — two losses to end the season — were far too familiar.

Carr signed an extension with the Raiders in early 2022, seemingly pairing him with McDaniels for the foreseeable future. While the extension secured his immediate standing with the Raiders, it also gave them an exit route if necessary, leaving a dead cap number of just $5.6 million in 2023 if the team decided to cut or trade him before June 1.

With little cap penalty to consider, the Raiders are doing just that. Carr will be a hot commodity in the offseason for teams seeking answers at quarterback, but questions linger regarding his viability as a starter.

In the right situation, Carr was a highly productive quarterback with the Raiders. Las Vegas has since deemed him unfit for its future. We’ll see if another needy club decides he’s worth acquiring. 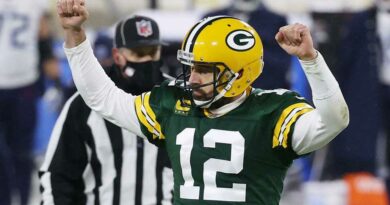