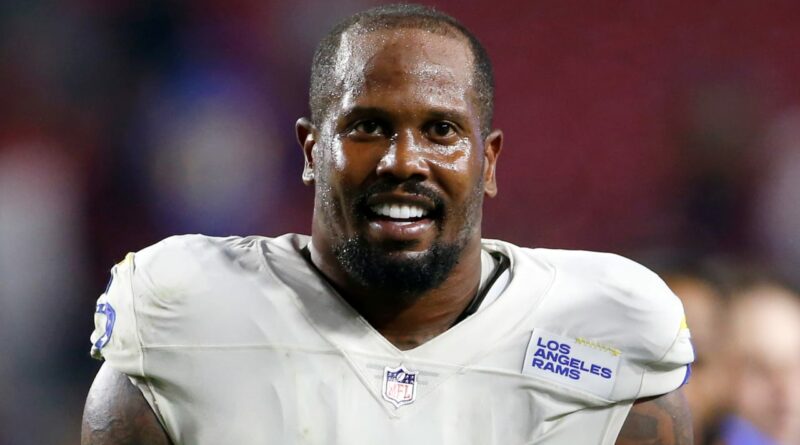 Just in time for Tuesday night’s crucial game against the Seattle Seahawks, the Los Angeles Rams have activated pass rusher Von Miller off the reserve/COVID-19 list.

The game was moved to Tuesday due to a rash of positive COVID-19 tests that heavily impacted the Rams, who had as many as 21 players on the reserve/COVID-19 list last week, including nine placed on the list last Thursday.

Moving NFL games off the regular weekend schedule to Monday and, in the Rams’ case, Tuesday, allowed affected clubs more time to activate players from the COVID list in adherence to league protocols.

On Monday, the Rams activated star cornerback Jalen Ramsey from the list, and on Tuesday, they added a standout pass rusher in Miller to a growing group of available players. Also activated from the COVID list on Tuesday were running back Jake Funk and LBs Travin Howard and Christian Rozeboom﻿, and practice squad defensive backs Grant Haley and Damarious Randall﻿.

Miller has yet to record a sack since being acquired by the Rams via trade from the Denver Broncos on Nov. 1, in exchange for second- and third-round draft selections next spring.