The Seahawks and Rams were supposed to square off in a key NFC West battle on Sunday afternoon. However, because of COVID concerns within the Los Angeles organization, the NFL opted to postpone it a couple of days.

As a result, Rams vs. Seahawks will be one of two Tuesday night games in Week 15. The Rams (9-4) will look to earn their 10th win of the season and third consecutively while the Seahawks (5-8) will also go for their third straight win while looking to stay alive in the playoff race.

NFL fans are certainly excited for this matchup, which comes within one of the best divisions in the NFL. But will you be able to watch it? It’s not guaranteed.

Both of the Tuesday NFL games are starting at 7 p.m. ET, so Fox’s coverage of them will be split. Will you get to see the Rams-Seahawks game? Or will you get the Washington Football Team vs. Eagles game? Here’s a look at the Tuesday night coverage map for Week 15.

These games were both originally part of the Sunday afternoon slate on Fox, so the NFL is having them broadcast at the same time to avoid giving Fox two stand-alone, prime-time matchups. You can still have your choice of games if you are a DirecTV subscriber, as each will be available as part of the NFL Sunday Ticket package.

What channel is Rams vs. Seahawks on?

The Rams vs. Seahawks game will be broadcast on Fox. To find the channel that Fox occupies in your region, click here.

How to watch NFL games on TV out of market

If you live outside of the designated area on the coverage map above, there are still legal ways to watch out of market NFL games. One way is to subscribe to DirecTV’s NFL Sunday Ticket package, about which you can find more information here.

Another viewing option for the game is to subscribe to NFL Game Pass, which isn’t live but still provides viewers full access to a replay of the game after the live broadcast ends.

In Canada, all NFL games can be viewed on DAZN. You can click here for more information about that service. 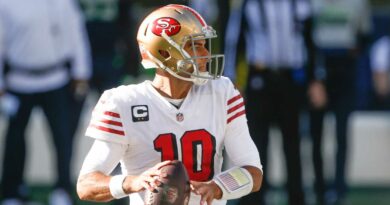 Bills vs. Chiefs picks, predictions against spread: Why Kansas City will advance to Super Bowl 55 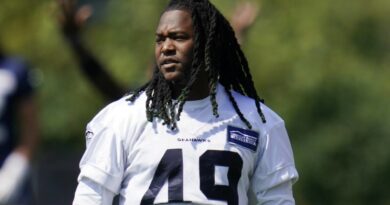