The Bears will soon be looking for their 18th coach in franchise history. Matt Nagy started off hot in 2018 with a 12-4 NFC North-winning team in Chicago, but after three-plus disappointing follow-up years in which the team has gone 19-27 in the regular season, the team is needing a change from the perceived underachieving.

Although the Bears were an 8-8 wild-card No. 7 seed in the 2020 playoffs, there were high expectations that Nagy, despite another quick one-and-done, would be the right offensive-minded coach to get the most out of promising rookie quarterback Justin Fields. But given some of the same shaky vibes from having Mitchell Trubisky, the Bears cannot afford to allow another first-round QB to flop.

Nagy, 43, did OK as another coach from the Andy Reid tree, but the bottom line is, the Bears have seen the Packers and Vikings become stronger in the division and the pressure is on to bridge that gap as soon as possible while getting the best out of Fields on his rookie contract.

So who would be the ideal successor for Nagy to pair with Fields, hopefully for a long time? Here’s a ranking of the 10 best available coaching candidates for the Bears:

Bieniemy has been on the short list for a new hire for multiple offseasons after Doug Pederson and Nagy left this position under Reid to become coaches with varying degrees of success. The Bears can’t let the Nagy letdown discourage them from going after a worthy candidate, even if the Chiefs would be his former employers. Bieniemy has done well working with Patrick Mahomes and deserves a shot to run a whole team with another potential franchise passer.

There have been some comparisons made between Fields and Dak Prescott, so why not turn to the play-caller who has helped make Prescott an elite passer with the dual threat of running in his back pocket? Moore might still be too young, but it also might be time for a true hotshot to get his shot in Chicago. Moore is mature and has learned well under Super Bowl-winner Mike McCarthy.

Brady would be in the same wunderkind category as Moore. He is an excellent play-designer as seen with what he’s now doing to try to rejuvenate Cam Newton. He can do a ton with a mobile QB and has the championship experience from LSU. He would have a lot of fun turning Fields into an ultimate weapon.

Here’s the best defensive-minded option for the Bears, just down the road on Interstate 57 in Indianapolis. Frank Reich’s former offensive coordinator Nick Sirianni is finding his groove in Philadelphia as a rookie and Eberflus can also do well given how well organized, structured and coached the Colts are. He would give the Bears their old-school defensive sensibilities and make them mentally and physically tough. He also would let a new OC do his thing with Fields and not get in the way.

Leftwich also deserves a head-coaching shot after being a prized protege under Bruce Arians and winning a Super Bowl with Tom Brady. He could connect well with Fields as a one-time first-round QB himself. He’s right there with Moore and Brady in being wiser beyond his years, only with a little more experience.

Here’s an underrated developing candidate from the Kyle Shanahan tree after Robert Saleh got hired by the Jets. Ryans, the former standout Texans linebacker, is a respected players coach, an energetic and fiery motivator like Saleh, the man he succeeded. The Bears could use some of that throwback defensive mind-set and Ryans also would be a good influence on Fields from the other side of the ball.

Fitzgerald has hinted the only job for which he would leave his beloved alma mater in Evanston would be the one located 25 miles northeast of his hometown of Orland Park, Ill. He got a cup of coffee with the Cowboys as an All-American long ago but some in the NFL think he has the right motivational makeup to make a good pro transition on the sidelines.  There’s no doubt if the Bears call him for an interview and like him, there’s a good chance he would take the job.

Here’s a way for the Bears to tap into the Chiefs and Fitzgerald’s Northwestern program at the same time. Kafka is a bright young mind under Reid and Bieniemy, ticketed to a prominent offensive coordinator job soon. He could also jump that level with the right opportunity. He’s a Chicago native who starred at St. Rita before NU and becoming a fourth-round QB pick of the Eagles in 2010.

Could the chance to coach up Fields again lure Day out of Columbus, following Urban Meyer to the NFL with better pro prospects? Don’t discount it. Day does have NFL experience as he coached the Eagles’ and 49ers’ quarterbacks in 2015 and 2016 before taking the OC job for Ohio State. It’s rather unlikely, but the Bears are an attractive brand and they could make him an aggressive offer to leave his cushy gig.

Riley has been mentioned in NFL rumors before but nothing has come close to materializing. It would be shocking if the Bears provided anything that could interest him over the Sooners, but again, it comes down to whether he wants to pull off his own Kliff Kingsbury-Kyler Murray thing with Fields. Chicago will probably stay in the pro ranks for its next hire, but it also should shoot for the moon as much as possible. 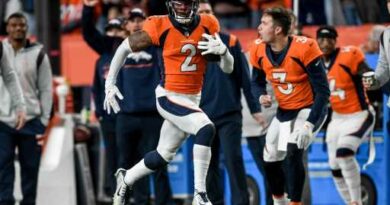 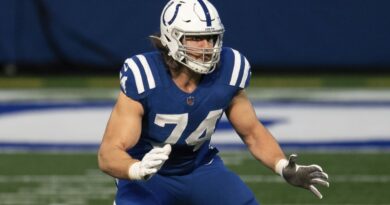