On the day in which the Packers announced they had signed No. 12 overall pick Rashan Gary, the first-round pass rusher made his Green Bay debut.

Practicing for the first time as a Packer at Green Bay rookie minicamp on Friday, there was much ado in regards to what Gary was wearing, most notably a brace upon his right shoulder and a No. 52 jersey.

It has been reported that Gary’s shoulder injury is one that could have lingering effects and he played in just nine games in his final season at Michigan. That’s where he began wearing the brace and he downplayed having it on Friday.

"When I got hurt at Michigan, I came back and I wore the brace," Gary said via ESPN.com. "I’m comfortable with it, wearing it. Me and the trainers decided just to wear it. I feel comfortable playing with it, so I’m rocking it."

One large question mark for Gary coming into the draft and going forward has been his production. His potential and freak physicality have never equaled his statistical output — his career-high for sacks with the Wolverines was just 5.5 as a sophomore.

As he dons No. 52, he does so after Clay Matthews wore the number. Matthews, who signed with the Rams during the offseason, averaged 8.3 sacks across 10 seasons, producing four double-digit sack seasons in the process for the Packers.

While Matthews might have taken exception, Gary seemed to take pride in following in the long-locked pass rusher’s cleats.

"Clay Matthews was a guy I used to watch his game a lot," Gary said. "I’m a bigger type of guy, but watching what he used to do, his passion for the game, man, I loved it. As soon as I saw it was open, I had to take it."

Whether Gary takes the reins as the Packers’ next great pass rusher remains to be seen, much the same as the quandary in regards to his shoulder holding up. Either way, Friday was the first day for a new No. 52 in Green Bay. 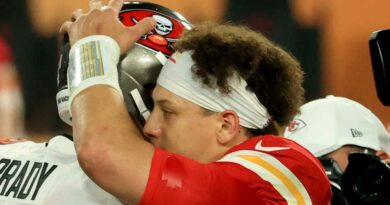