Home » NFL » Ravens DC: Justin Herbert 'can throw a strawberry through a battleship' 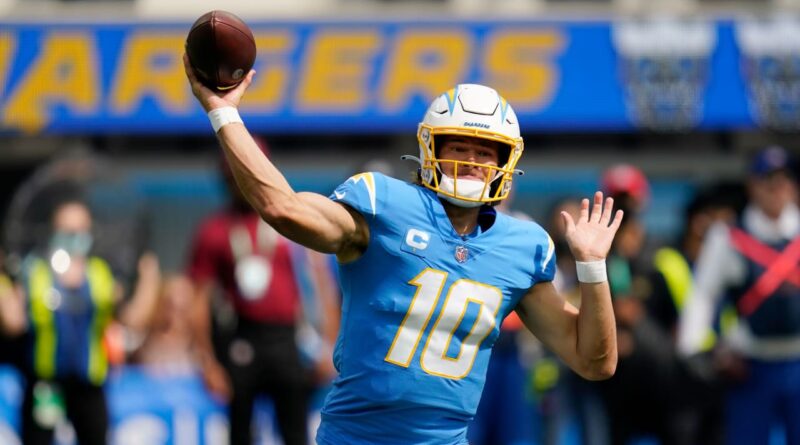 ﻿Justin Herbert﻿ has a strong arm — strong enough to do the unthinkable, according to the defensive coordinator he’s set to face this weekend.

Ravens assistant Don “Wink” Martindale pulled a phrase from the past to describe the Chargers quarterback’s arm strength during his Thursday media session, and frankly, we’ll let him handle the rest.

“He’s one of those guys who can throw a strawberry through a battleship,” Martindale said of Herbert, via The Athletic’s Jeff Zrebiec.

Well, that’s one way to describe it. On its surface, it’s quite a compliment to say a quarterback can throw a soft fruit through the thick steel of a warship, even if it’s essentially physically impossible. But a look back through Twitter’s now-lengthy history shows Martindale extended the same praise to ﻿Joe Flacco﻿ back before we were even debating whether he was elite.

“A big, strong kid that sits back there and he can throw a strawberry through a battleship,” Martindale said of Flacco in 2010, via DNVR Sports’ Andrew Mason tweet from Oct. 7, 2010, back when Martindale was the Broncos’ defensive coordinator.

All right, there has to be some history behind this, right?

Thanks to the power of Twitter, there is. It appears this interesting description comes from Martindale’s history coaching alongside Rex Ryan, the former Jets and Bills head coach and Ravens defensive coordinator. Ryan used this phrase to describe the arm strength of Eagles quarterback Michael Vick back in 2011. He also did so a year earlier when describing the ability of then-Vikings quarterback Brett Favre.

Martindale coached under Ryan as part of the University of Cincinnati’s defensive staff in the mid-1990s, and later served on the same staff as Ryan’s brother, Rob, with the Oakland Raiders from 2004-2008. They’re all similarly aggressive in play-calling style, and Rob Ryan now coaches under Martindale as his linebackers coach in Baltimore. The strawberry fields run deep among this trio.

Gather your bushels of strawberries and prepare for battle, Ravens fans. Just don’t forget the shortcake as part of the postgame treat following Sunday’s showdown with the 4-1 Chargers. 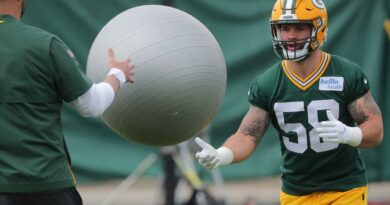 Opinion: Working smarter, not harder should be NFL’s focus after players’ push for modified offseason