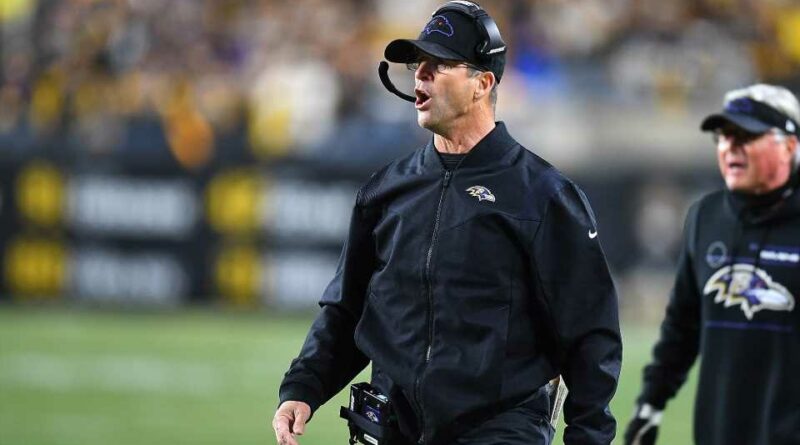 The Ravens made a decision midway through the fourth quarter of their 24-22 loss to the Browns that interested many football fans.

After Latavius Murray scored a touchdown to cut the Browns’ lead to 24-15 with 8:56 left in the game, coach John Harbaugh elected to attempt a two-point conversion. The try failed, and that kept the Ravens from making it a one-possession game.

The decision was unequivocally the right one by Harbaugh despite the result. It was an analytically-driven call that Harbaugh didn’t think twice about, as he explained in a postgame news conference.

“It’s pretty much a standard; a non-decision,” Harbaugh said of the two-point attempt. “You do at that point in time because you’re going to have to win a two-point conversion. So, you understand if you get it — or don’t get it — early where you’re at going from there; how many possessions you’re going to need, and what you’re gonna have to do.

“If you wait to the last two-point conversion, you don’t get it the game’s over. You’ve lost,” Harbaugh explained. “So, you got to try it early — we’re in a seven-point game [and] we know where we stand. We don’t get it, we’re in a nine-point game and we know that we need two possessions.”

That logic makes perfect sense, as the Ravens benefitted from the knowledge that they needed two possessions to win the game. That’s why that when they began their penultimate drive with 5:25 on the clock they had a sense of urgency while moving the ball downfield. They knew they needed extra time on the clock with which to generate a potential game-winning drive.

Could the Ravens have done the same thing while down eight points? Surely, but in that scenario — a one-possession game — they may not have been as focused on leaving time on the clock. They would have been focused solely on scoring and having a chance to tie the game with a two-point conversion, regardless of the time remaining. In fact, they may have been less likely to leave time available, as they wouldn’t want to give Cleveland a chance to mount a game-winning drive.

Harbaugh and the Ravens may not have won, but they had a chance to win late. They managed a touchdown on their second-to-last drive before recovering an onside kick with 1:17 remaining in the game. They ultimately turned the ball over on downs, but the team still had a chance to mount a potential game-winning drive for Justin Tucker.

This is the second time in as many weeks that Harbaugh has made a critical two-point conversion call late in a loss. His first came against the Steelers, when the Ravens went for two down by one point with 12 seconds left in the game. Harbaugh’s reasoning for that Week 13 decision was a bit different that his explanation for this week’s two-point attempt.

Much like he did on Sunday, Harbaugh made the right decision in that contest. He just got the wrong result. 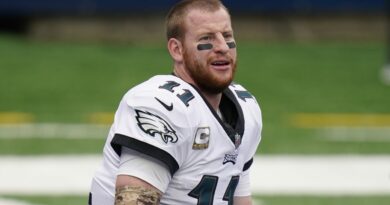 Colts QB Carson Wentz: 'I know I gave everything I had' during Eagles run