The Baltimore Ravens took care of some business ahead of Sunday’s Super Wild Card Weekend showdown with the Cincinnati Bengals.

The Ravens agreed to terms with Pro Bowl linebacker Roquan Smith on a five-year contract that makes him the highest-paid off-ball linebacker in the league, NFL Network Insider Ian Rapoport reported Tuesday.

Smith’s extension is worth $100 million, including $45 million fully guaranteed with $60 million in total guarantees.

Baltimore acquired Smith at the trade deadline from the Chicago Bears with designs on signing the play-making linebacker long-term. Just over two months later, that pact is sealed.

Following an offseason hold-in in Chicago after the linebacker didn’t get extension offers he deemed worthy from the Bears, Smith promised to prove his value. He did so in spades.

Smith led the NFL in tackles through eight games, with 83 in Chicago, and added 2.5 sacks before being dealt. In Baltimore, he continued to gobble-gobble up ball carriers, generating 86 more tackles and 2.0 sacks as a Raven. His 169 total tackles ranked third in the NFL as he made his first Pro Bowl squad.

In Baltimore, Smith upgraded the Ravens’ defense immensely. His ability as a sideline-to-sideline tackling maven with coverage skills added dynamic play in the middle of the defense. Since Smith arrived, the Ravens have allowed more than 16 points twice in nine games. Smith’s addition also helped unlock Patrick Queen. It’s no coincidence the third-year linebacker had his best games since Roquan’s arrival.

Locking down Smith was always the intention after shipping 2023 second and fifth-round picks to Chicago, but it was more than a formality given the linebacker’s contract desires. The Ravens met those, making him the only inside linebacker making $20 million per season and giving him the highest fully guaranteed figure. 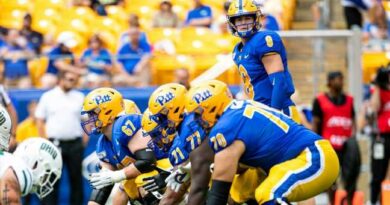 Which longshot College Football Playoff scenarios are most likely to happen this season?