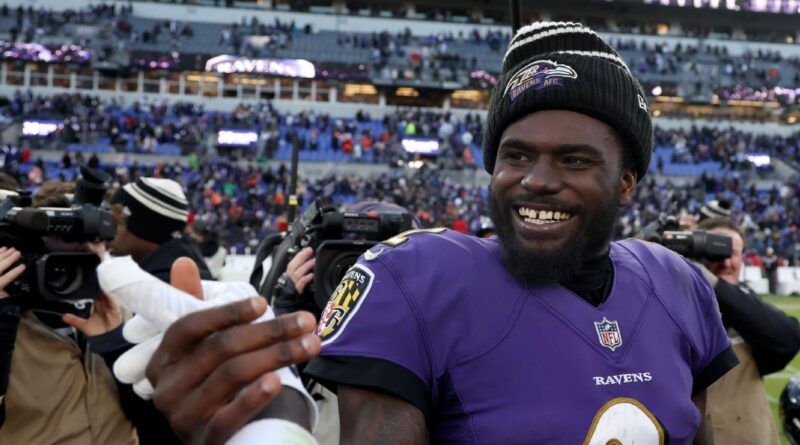 OWINGS MILLS, Md. — The Baltimore Ravens are set to start backup quarterback Tyler Huntley on Sunday at the division-rival Pittsburgh Steelers after Lamar Jackson did not practice all week with a knee injury.

“It looks like it’s going to be Tyler on Sunday,” Ravens coach John Harbaugh said after Friday’s practice. Baltimore has listed Jackson as doubtful for Sunday.

In making his first start of the season, Huntley will look to reverse a troublesome trend. Baltimore has lost five of the past six games that Jackson hasn’t started, including the past four.

The Ravens (8-4), who lead the AFC North, would become a 74% favorite to win the division with a victory in Pittsburgh, according to ESPN’s Football Power Index. Their chances of capturing the division drops to 48% with a loss.

“It’s a big game and I’m just happy to be a part of it,” Huntley said.

League sources told ESPN’s Adam Schefter that Jackson is dealing with a sprained PCL, which is an injury that often sidelines players for one to three weeks. On Monday, Harbaugh said Jackson is “week-to-week” after undergoing MRIs.

The Ravens insist the offense doesn’t change with Huntley, who is a dual-threat quarterback like Jackson. As a starter, Huntley has produced a 1-3 record and has completed 64.7% of his passes for 772 yards, throwing for two touchdowns and four interceptions. He has run for 239 yards on 38 carries (6.29-yard average).

“The more reps [you get], the more confident a person feels,” Huntley said. “That plays a lot into it.”

In last Sunday’s 10-9 win over the Denver Broncos, Huntley filled in for Jackson for the final three quarters and ran in the 2-yard winning touchdown with 28 seconds remaining.

Huntley’s 91-yard fourth-quarter drive is even more impressive because he was not at full strength. On Friday, Huntley said he believes he had the flu that game. He was sweating when driving to the stadium and couldn’t eat.

“When I seen [Jackson] go down, I was like: out of all days …” Huntley said. “I was definitely under the weather.”

Now, Huntley will attempt to end Baltimore’s four-game losing streak to Pittsburgh. The Ravens haven’t beaten the Steelers since December 2019.

“Guys respect him,” Ravens offensive tackle Morgan Moses said. “They respect his craft, they respect what he brings to the table, and they respect how he approaches the game. And I think when you have that set of tools, it goes a long way.” 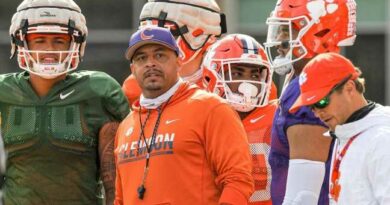