A two-time Super Bowl winner is heading to Baltimore to provide some pass-rush punch.

Pierre-Paul visited with the Ravens back in June and again this week, but now he’s staying put.

Baltimore (1-1) is coming off a disastrous 42-38 loss to the Miami Dolphins in which it had just one sack. Though removed from his prime seasons, the 33-year-old Pierre-Paul could provide a little extra oomph in the pass-rushing department. He’ll join veterans Calais Campbell and Justin Houston, and youngsters Odafe Oweh and Malik Harrison, on a defensive front that’s produced a 23.9 QB pressure percentage, per Next Gen Stats, but has just a 3.5 sack percentage.

A 2010 first-round selection of the Giants, Pierre-Paul won a Super Bowl in Gotham and went to a pair of Pro Bowls. In 2018, he joined the Bucs and won another Super Bowl with them.

Sixers F Scott gets in fight with Eagles fans 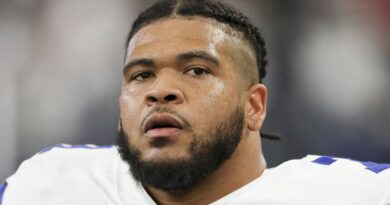 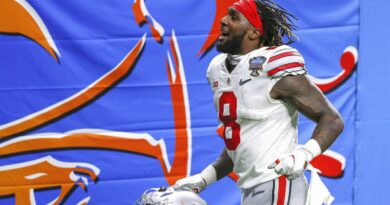 The next Ezekiel Elliott? Trey Sermon’s late-season run for the ages