Even before a recent push by sponsors and investors for the Washington Redskins to change their nickname, new coach Ron Rivera says he and team owner Daniel Snyder were already discussing renaming the team.

In an interview with the Washington Post, Rivera said the change could happen within the next two months.

“If we get it done in time for the season, it would be awesome,” he said Saturday.

FedEx, the title sponsor of the team's home stadium in Landover, Maryland, formally asked the team to make a change on Thursday. The following day, the team issued a statement that it will undergo a "thorough review" of the nickname, which many Native Americans consider offensive.

Rivera said his discussions with Snyder have been going on for more than a month. He added that Snyder began talking to NFL officials 2 1/2 weeks ago – an indication the man who once said he would "NEVER" change the team's name may now be willing to do just that.

As for potential new nicknames, social media has been flooded with suggestions. Rivera says he and Snyder have also discussed several possibilities.

“We came up with a couple of names. Two of them I really like,” Rivera said, without getting into specifics.

Rivera told the Post it's important to be respectful of Native American culture and traditions, something he didn't understand before — despite spending part of his childhood in the Washington area.

“It was hard to fathom that it was in any way a racist thing, to be honest with you,” he said. “Now, putting it in perspective, there’s been a change.” 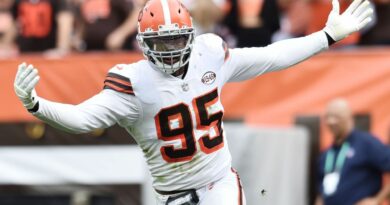 Dunks, homers and breaking exercise equipment: Myles Garrett dominates at other sports, too 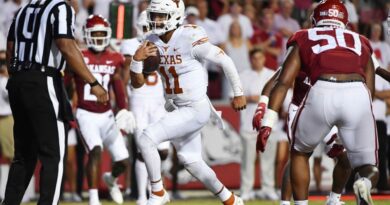