Ereck Flowers bottomed out as an offensive tackle so the Washington Redskins will try him out as a starting guard.

After being selected No. 9 overall in 2015, Flowers struggled mightily as a left tackle with the New York Giants, grading out as one of the worst blockers in the entire league. Big Blue tried to move him to right tackle last year before eventually giving up and cutting him after five games and just two starts. Flowers landed with injury-ravaged Jacksonville Jaguars and started seven games. The change of scenery did not improve the turnstile.

Redskins assistant head coach Bill Callahan, who also coaches the offensive line, said during minicamp that Washington plans to start Flowers at left guard, where he believes the former bust can thrive.

"I see a lot of potential when we’ve moved tackles inside," Callahan said, noting former backup lineman Ty Nsekhe’s occasional moves to guard as an example, via the Washington Post.

Callahan has earned the benefit of the doubt as one of the top o-line coaches in the NFL over the years, but turning a busted tackle into a guard is easier said than done. It takes a different skillset and rigor to play the interior.

"I think it gives us size, it gives us power, I think those are really good traits for the running attack and pass protection," Callahan continued. "He’s long, he’s square, obviously he can play in the short area so those are things we kind of identified during free agency that we liked and we are trying to fit him into that mode. So it’s been a work in progress, we got a long ways to go yet, but he’s made a nice transition."

The move to guard didn’t get much testing during the spring offseason program. With Trent Williams sitting out and backup Geron Christian recovering from knee surgery, Flowers had to spend additional time filling in at tackle. If Williams reports to training camp, however, the plan is to slide Flower to left guard and hope Callahan can work his magic. 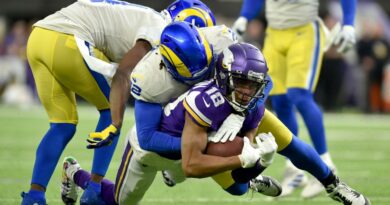