The Washington Redskins are moving on from D.J. Swearinger after his critical comments about defensive coordinator Greg Manusky following Saturday’s loss, the safety told 106.7 The Fan on Monday.

Swearinger told the radio station during his weekly appearance that coach Jay Gruden called him into his office and informed him of his release.

After Saturday’s 25-16 loss to the Titans, Swearinger ripped Manusky’s playcalling, saying the team should have played zone against backup quarterback Blaine Gabbert.

“We should have blowed them out,” Swearinger said. “If I’m the D-coordinator, I’m calling zone every time on third down because you got a backup quarterback. Make him beat us.

“We’re playing a backup quarterback. Why would you put us in man-to-man? We are our best on defense when we look at the quarterback.”

Information from ESPN’s John Keim was used in this report. 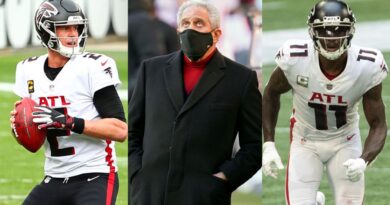 Falcons owner Arthur Blank confident Matt Ryan, Julio Jones will be back in 2021 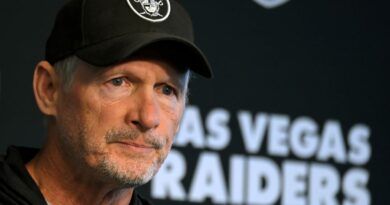 Elise Tate blasts Giants for usage of husband Golden Tate: ‘So under utilized’