The debate over NFL players kneeling during the national anthem may not have turned into such a nationwide controversy if it weren't for Russian bots fanning the flames on Twitter, according to a report in the Wall Street Journal.

The report cites a Clemson University study that found roughly 12,000 tweets sent from the end of 2014 through the middle of this year linked to the Internet Research Agency — a Russian company backed by the Kremlin that has been accused of attempting to sow discord in the USA.

The suspicious tweet activity hit its peak shortly after President Donald Trump's Sept. 22, 2017, speech in Huntsville, Ala., in which he used crude language to call out NFL players who had begun kneeling in 2016 to call attention to racial inequality.

According to the study, 87% of the tweets had a conservative-leaning message, which frequently criticized the league for its handling of the situation and the players for being unpatriotic.

“No wonder NFL players are kneeling to push the false narrative of ‘evil police’ They’re all criminals themselves!” read one tweet from @10_GOP, which had more than 10,000 followers before its account was suspended.

“You want to reach your average American, which is clearly their goal?” said Clemson associate professor Darren Linvill. “Then talk about football.”

Even though the Twitter accounts the study identified have been shut down, Clemson researchers say other suspected Russian bots have sprung up to replace them, commenting on Colin Kaepernick's Nike ad campaign and the controversial U.S. Open women's final between Serena Williams and Naomi Osaka. 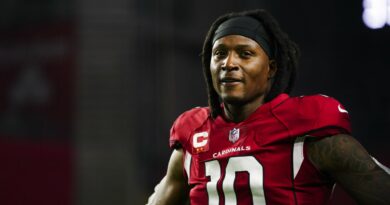