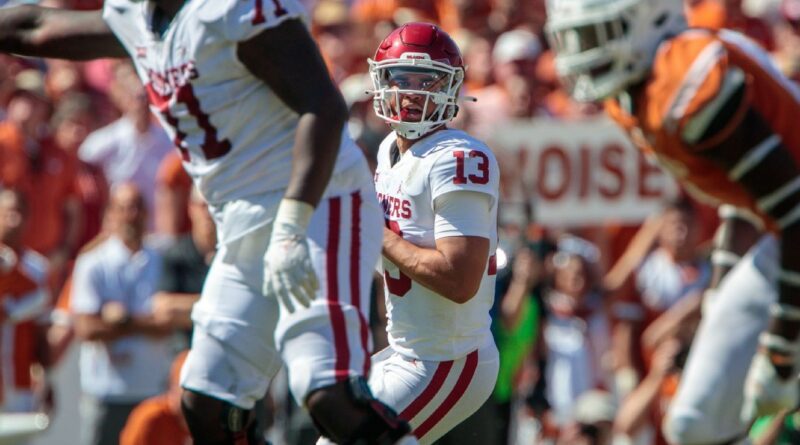 In another Texas-Oklahoma classic, Lincoln Riley’s quarterback switch propelled the sixth-ranked Sooners to a historic comeback.

Already in a deep hole in the second quarter, OU quarterback Spencer Rattler fumbled trying to make a play, and Texas recovered. The No. 21 Longhorns scored three plays later to take a 35-17 lead with 6:41 left in the second quarter. It was Rattler’s second turnover of the game after an interception in the first quarter that went straight to Texas safety B.J. Foster.

Oklahoma freshman Caleb Williams, who had previously been used in spot duty this season, took over and led the Sooners to a 55-48 win that marked the first time in the history of Texas football that the Longhorns lost a game they’d led by 21 points.

“Spencer was seeing some things that we missed early that weren’t on him,” Riley said. “The big thing to me was the turnovers. We made a mental error on the first [interception] and obviously the fumble.”

Rattler was also benched in last year’s Red River Showdown, but came back to lead the Sooners to a 53-45, four-overtime win. This year, he only came back in for one play, a two-point conversion pass to Drake Stoops that tied the game at 41-41 with 7:25 remaining, the first time the Sooners had pulled even with Texas.

“It was a little bit similar to the year past,” Riley said, saying he just went with his gut after Williams and the offense got hot. “I was expecting to put him back in. I didn’t know it would come on the single most important play of the game.”

A year after setting the record for the most points in a game between the rivals, the two teams broke 100 points for the first time in history in setting a new record (103) as a raucous, capacity crowd of more than 92,000 roared.

Riley described the scene as “epic.”

“That’s why it’s the best rivalry in college football,” he said. “The best setting. It was awesome, man. As good as I’ve ever seen.”

Williams, who has been used in short-yardage situations for Oklahoma, came into the game in the second quarter on fourth-and-1 and dashed for a 66-yard touchdown on his first carry. Rattler returned for the Sooners on their next drive.

But when Williams returned, he ignited Riley’s offense back to its explosive ways. Williams’ 300 yards of total offense were the most ever by a true freshman against Texas and OU’s 662 total yards were its third-most ever against the Longhorns. Kennedy Brooks ran for a career-high 217 yards and three touchdowns, the fourth-best individual rushing performance against Texas in OU history.

Williams, who was not available for interviews, finished the game 15-of-24 passing for 211 yards with two touchdowns and four carries for 88 yards and the one score. Rattler was 9-of-16 for 112 yards, an interception and a loss of 9 yards on five carries.

Still, Riley said he’s not ready to name a starter for next week’s game against TCU.

“It wouldn’t have been hard to give it back to Spencer [Saturday],” Riley said, saying Rattler is “unflappable.”

“I’m proud of their insides, their guts, their commitment to this team,” he added. “I’m proud of how they both handled it.”

The Sooners overcame a 28-7 deficit after the first quarter, matching the second-largest comeback in program history.

Texas led 38-20 at halftime, its most points ever in any regulation half against Oklahoma, including 214 yards and 28 points in the first quarter alone. But the Longhorns managed just 171 yards and 10 points in the second half. 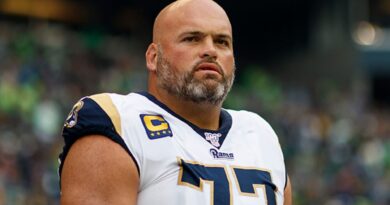 Rams OT Andrew Whitworth: 'Nothing short of going to that Super Bowl and winning it is good enough'

The SEC remains king, and more takeaways from the NFL draft