The Washington Commanders have a plethora of capable running backs. In fact, that’s the term coach Ron Rivera used to describe the room this week.

Antonio Gibson figured to be Washington’s lead back entering 2022, but the offseason saw the return of J.D. McKissic (who initially agreed to join the Bills before having second thoughts) and the addition of Alabama running back Brian Robinson. It doesn’t end there, either: Washington also returns undrafted free agent Jaret Patterson, a runner who tied the Football Bowl Subdivision record for the most rushing touchdowns in a game with eight in 2020.

It’s likely there isn’t enough room for all of them, but Rivera sees value in having multiple options. Above all, Washington isn’t planning on becoming a squad that leans on one ballcarrier.

“Well, I think for the most part, it’s going to be by committee,” Rivera said, via the team’s official site. “Some of the things that we did in Carolina we’re trying to emulate, you know, we had a good two back system. We had, (former Carolina Panther running backs DeAngelo) Williams and Jonathan Stewart, and we had Fozzy Whittaker as a change of pace, third down type of guy. Well, you look at what we have right now, you can say we have the same thing.

“So just feel that, you know, it’s one of those things that you’re going to go with, who’s hot, who’s rolling, you know, who’s doing the good things. And then you’re going to have to spell that guy. I mean in this league today, you know, you just can’t have one primary back. You’ve got to have a plethora of them. And we just feel it’s a very good room right now.”

The 2021 Washington backfield relied on Gibson as its primary running back, giving him 300 total touches on the year. McKissic served as the aforementioned spell back, seeing 91 touches (48 rushes, 43 catches).

It sounds as if that difference will be closer to even, if the Commanders follow Rivera’s plan as described this week.

After seeing 78 touches in 17 games last season, Patterson still carries value in the Commanders’ backfield, too. But he’ll likely have to fight for a roster spot following the selection of Robinson, a third-round pick who will be expected to contribute in the committee backfield.

Training camp will matter for a number of important reasons for the Commanders, starting with the acclimation of new quarterback Carson Wentz. It will also play a massive role in determining the appearance of Washington’s backfield in 2022, which promises to feature multiple contributors. 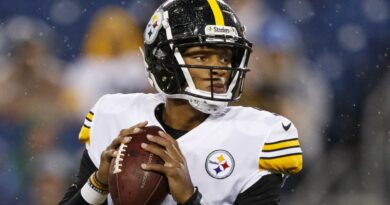 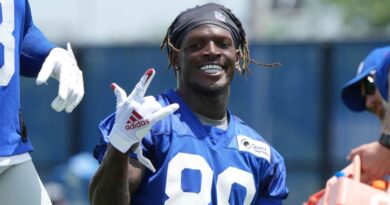