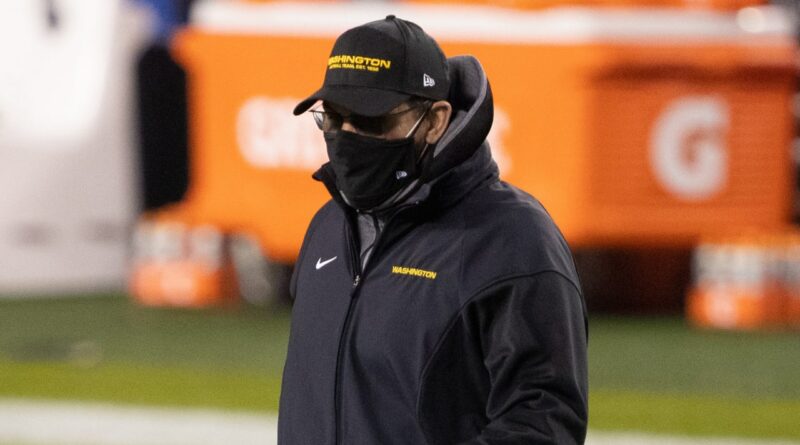 Ron Rivera’s Washington Football Team is in the playoffs in his first season after beating the Philadelphia Eagles on Sunday night, and he’s not apologizing for how his squad reached the postseason.

Rivera’s team found itself in a tight contest against the Eagles in Philadelphia, and when the lights shined bright, his team rose to the occasion. They just happened to do so against a third-string quarterback who was strangely inserted in a close game.

“You play who’s out there,” Rivera said Monday, via ESPN. “I’m not apologizing for winning.”

The NFL is a league in which absolutely zero wins are guaranteed — just ask the Cleveland Browns, who lost to the woeful Jets in a key situation in Week 16 and needed a Week 17 win to get into the playoffs. They did so against a Steelers team that rested key starters, including quarterback Ben Roethlisberger and Defensive Player of the Year candidate T.J. Watt﻿.

Actually, speaking of the Browns…

Rivera is referring to the loss of quarterback Alex Smith — his third starting signal-caller of the 2020 season — which forced Rivera to play Dwayne Haskins﻿, and later, Taylor Heinicke in what was ultimately a loss to Carolina. Washington was also forced to play a Week 16 without top receiver Terry McLaurin﻿, and Rivera himself underwent cancer treatments while also coaching his new team in his first season with the organization. The going hasn’t been easy for anyone, especially Washington.

But it is fair to question the final steps of Washington’s unlikely journey to the postseason. Pederson removed Jalen Hurts — who was struggling through the air but had rushed for two touchdowns and at least had the Eagles’ offense playing competitively — for Nate Sudfeld in the second half with the game still very winnable. Sudfeld looked entirely overmatched, essentially undercutting the Eagles’ offense and its chances of scoring in a 20-14 contest. Sudfeld was responsible for two turnovers — a lost fumble and an ugly interception on a 50/50 pass that ended up being more like 90/10 — and threw for a total of 32 yards on 12 attempts (five completions). His passer rating finished at 14.6.

This, of course, benefitted Washington, which just needed to win to secure the throne of the dreadful NFC East.

Pederson explained he felt Sudfeld deserved some in-game reps after spending four seasons with the team and added it was his plan to get the third-stringer some game action Sunday night. He also pointed out the participation of other key Eagles to refute any thought that the Eagles weren’t trying their hardest to win the game.

“A lot of people are happy about [the move], a lot of people aren’t happy about it and that’s just tough,” Rivera said. “So many things have happened in this world that are tough, that are hard. This is just a game that we’re playing, and we play the game as it comes to us. And I’m not going to apologize.