To say that Saints cornerback P.J. Williams had a rough start to Sunday’s game against the Vikings would be an understatement. He was flagged twice on the Vikings’ opening drive, once for illegal contact and once for pass interference, and he was generally picked on throughout the game. The Vikings clearly planned on staying away from Marshon Lattimore and exploiting Eli Apple and Williams, and it worked early on.

Williams, who has been thrust into a starting slot role with free agent acquisition Patrick Robinson on IR and Ken Crawley continuing to struggle, gave up the first Viking touchdown of the game (though to be fair to him he was on an island with Stefon Diggs), and this happened earlier in the drive.

In spite of all of this, P.J. Williams won the NFC Defensive Player of the Week. The Vikings’ receiving tandem of Diggs and Adam Thielen caught 17 of their 18 targets for 222 yards, so how is that possible? Well, because Williams also made two of the biggest plays in the game.

First, with the half approaching and the Saints down three, Williams had a hand in a Thielen fumble that was at least a 10-point swing. Instead of going into the half down 16-10 or 20-10, the Saints came off the field up 17-13.

In the third quarter, Williams made a backbreaking play, intercepting Kirk Cousins with an easy interception and housing it to put the Saints up 27-13.

On both of these plays, Williams definitely had some help. Thielen’s fumble was highly uncharacteristic and for whatever reason Diggs just kind of stopped his route. However, the Saints defense needed the boost after giving up touchdowns on the Vikings’ first two drives. Later on, Thielen would score from the slot with Williams on him again with a fantastic out-and-in move.

Although Williams did spend a lot of this game being picked on, he made a momentum-changing play and had what would amount to a game-winning score. With that being said, you’ve got to think that Jaire Alexander in Green Bay is at least a little confused as to why his efforts against the high-powered Rams weren’t recognized. 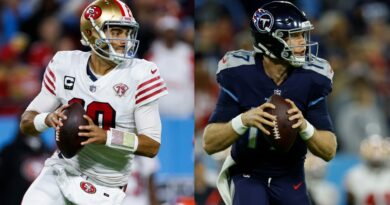 2021 NFL season, Week 16: What we learned from Titans' win over 49ers on Thursday night

Best of Week 13: Texas gets to ‘have fun playing Kyler next week’ 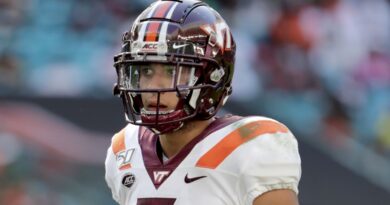