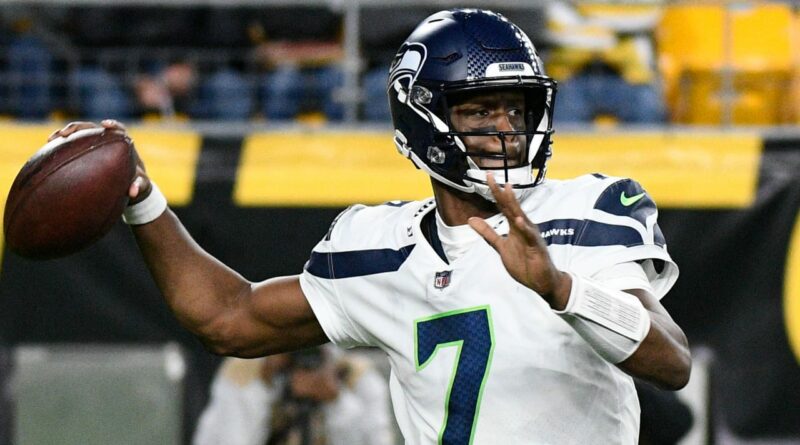 Last week, Tyler Lockett slipped, leading to a Smith interception. On Sunday night in overtime in Pittsburgh, the QB tried to slide up the pocket to escape pressure, but T.J. Watt had other designs, stripping the ball. Pittsburgh recovered, setting up the game-winning field goal for a 23-20 victory.

“That last drive, I was thinking, ‘Just take it down and score, somehow, someway.’ I put that on myself.”

After Seattle was shut out in the first half, the offense came to life in the second. Alex Collins, who would end the game dealing with hip and glute injuries, motored the offense earning 101 rushing yards and a TD. And Smith helped generate back-to-back TD drives to open the third quarter to get back in the game.

“I thought he played tough as hell,” Seattle coach Pete Carroll said of Smith. “He was clear and calm and poised exactly like you hope he’d be. The game was not too big for him at all.”

Added Carroll: “I thought he was solid. I thought he managed the game well. He gave us a chance to win the football game.”

Despite the warm words, the Seahawks didn’t trust Smith much against a ferocious Steelers defensive line. Most of Smith’s 32 pass attempts were of the short variety. He had just one attempt of 20-plus air yards (incomplete to Lockett) and just five of his completions were 10-plus air yards. On third-and-long situations, the Seahawks took the ball out of Smith’s hands for the most part, electing to call safe screens that picked up few yards. Seattle went 3-of-12 on third downs.

The loss sent the Seahawks to 2-4 and in the basement of a tough NFC West. With a Monday night prime-time game against the New Orleans Saints — who are coming off a bye — next up for Smith, it’s getting dark early for Seattle’s hopes of making the postseason. 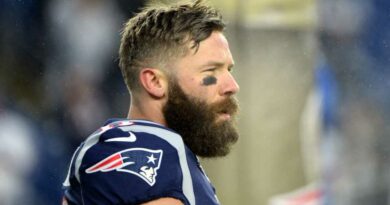 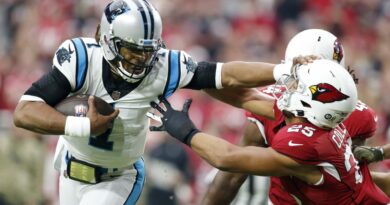