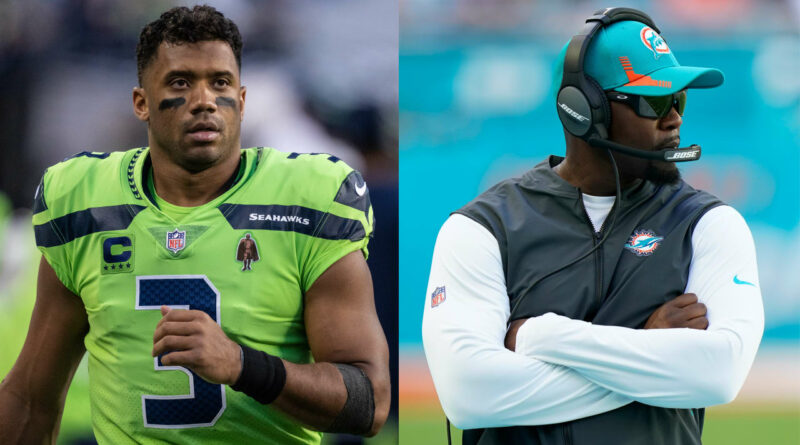 The NFL is a week-to-week, sometimes minute-to-minute, game of last man standing — ask Packers kicker Mason Crosby — but five weeks into the season, patterns have started to emerge about the toll injuries and team weaknesses are going to have on the season.

For every Packers escape of Crosby’s nightmarish day, there are the Miami Dolphins, whose disappearing defense is at least as much of a problem as ﻿Tua Tagovailoa﻿’s injuries. Who can survive such travails? We’re asking the same question after Sunday.

The entire league has to be wondering if it can survive its kickers. Through the late afternoon games, there were 24 missed kicks on Sunday — 12 missed extra points, 12 missed field goals. The 12 missed extra points ties the record in the Super Bowl era for most missed extra points in a single week. There were seven missed extra points by halftime of the early games Sunday, including one in the second half of Thursday night’s game between the Rams and Seahawks. In eight minutes of game time spanning the end of regulation and the start of overtime, the Packers and Bengals combined for five missed field goals — all potential game winners — until Crosby, who missed three of them, finally hit a 49-yarder for the victory. Antacids all around, because kickers aren’t going anywhere and the weather hasn’t even turned.

The Seahawks will have to get by without Russell Wilson for at least a month as he recovers from hand surgery, a loss compounded by the startlingly poor start of Seattle’s defense. They entered Week 5 ranked last in yards allowed. The next three games are against the Steelers, Saints and Jaguars — none of them reliable offensive juggernauts this season — before a bye. ﻿Geno Smith﻿ is a competent backup, but the Seahawks are already at the bottom of the brutal NFC West, so he will have to win a few of those games to give Wilson a chance for heroics when he returns.

Sunday was devastating for the New York Giants. Both Daniel Jones and Saquon Barkley had to be carted off, during a loss to the Cowboys, compounding how shorthanded the offense already was without two starting receivers and a missing starting left tackle. And then receiver Kenny Golladay went down, too. The Giants were down six of 11 offensive starters and not many teams could survive that kind of attrition. The defense, which keyed their second-half resurgence last season, hasn’t been as stout this season. Worse, at 1-4, the Giants still have a brutal schedule ahead, with the Rams next week and upcoming meetings with the Chiefs and Bucs still to come before Thanksgiving.

Dolphins’ D takes a step back

The Dolphins are one boffo defensive play from 0-5, and even Tagovailoa’s return — and upcoming games against the Jaguars and Falcons — can’t make up for a defense that can not get off the field on third down. The Bucs converted eight of 11 third-down attempts — 72.7 percent! — and were able to hold the ball nearly 15 full minutes longer than the Dolphins. Want to write that off to Tom Brady? You can’t. The defense entered the game 31st in the league in third-down conversions allowed; they were first in third-down defense last season, which helped propel them to the cusp of a playoff berth. The offense has shown signs of life even without Tagovailoa and it is clearly going to fall to the offense to resuscitate this season. Don’t expect the Deshaun Watson scuttlebutt to quiet anytime soon.

The Patriots eked out a win over the Houston Texans, but they did two things Sunday that losing teams do. They lost a fumble at the goal line — they have lost four fumbles in five games — and their secondary struggled dramatically, with busted coverages on third-and-long plays and on slants. They deserve credit for coming from behind to win the game — Mac Jones and his mental toughness will clearly be the bright spot of this season — but those are errors we’re not used to seeing from the Patriots, and they are ones they must clean up to keep a playoff dream alive.

Everybody loves the Taylor Heinicke story, but the Washington Football Team has a problem with the defense that was touted as one of the best in the league before the season began. That defense was second in the league last season. It entered Sunday ranked 29th in total defense, 30th in scoring defense and dead last on third down. After Sunday, it’s no longer just overrated or underachieving. It’s just downright bad, particularly in the back seven. There was a 72-yard touchdown pass and a 49-yard Hail Mary touchdown at the end of the first half. Washington has talked a lot about attention to detail, but, at 2-3 and with the Cowboys pulling away in the division, it has to hurry up and pay attention: Three of the next four quarterbacks this defense faces are ﻿﻿Patrick Mahomes﻿﻿, Aaron Rodgers and Tom Brady.

The Bucs are obviously a threat to repeat as champions, but they are going to have to survive something they didn’t have to contend with last season: a rash of injuries on defense. On Sunday, standout linebacker ﻿Lavonte David﻿ went down with an ankle injury. That was on top of the absence of three starting defensive backs. If there is any bright side here, it is that the Bucs’ next three opponents are the Eagles, Bears and Saints — all of whom entered the weekend in the bottom half of the league in scoring — before the bye week. That gives Richard Sherman time to get settled in, and others to heal for the stretch run. No matter the issues, there is little doubt the Bucs will be in it.

The Carolina Panthers and ﻿Sam Darnold﻿’s renaissance have been one of the delightful surprises of the first month of the season, but they have come back to Earth in the last two weeks — both losses — mostly because of leaky offensive line play. On Sunday, Darnold threw three interceptions, and he got clobbered, getting sacked three times and hit eight times. Last week, he was sacked five times and hit 11. The Panthers aren’t alone with offensive line woes, but they have very little room for error.

Damon Sheehy-Guiseppi, Who Lied His Way Into A Browns Tryout, Scored A Return Touchdown In His NFL Debut 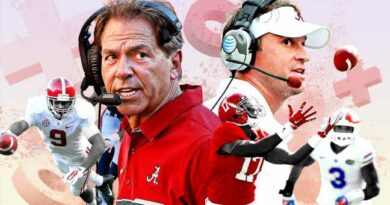