Home » NFL » Shaq pumped he didn’t tap out in fight

Shaquille O’Neal recently faced off with UFC legend Forrest Griffin inside the Octagon during a stop at the UFC Performance Center in Las Vegas.

On Monday, Shaq talked exclusively with For The Win about that fight and what made him the most proud of his performance.

“I was only worried about not getting submitted,” he told FTW over the phone while making an appearance at a Boys & Girls Club in Atlanta. “I’ve been doing it (MMA) but not on the level he has so I just had to stay safe and play it safe. But he was a strong fella and he said the same thing about me. I’m gonna blow my head up pretty high for not getting submitted because when you cross over into somebody’s sport talking all that trash you better be able to back it up.”

Was Shaq nervous at all when the door closed and it was just he and a former UFC champ and Hall of Famer standing inside the Octagon?

You can watch the full video here: 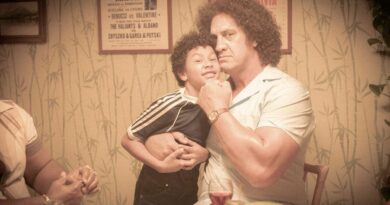