Home » NFL » Should OSU be No. 2? Buckeyes leave no doubt in blowout against Spartans 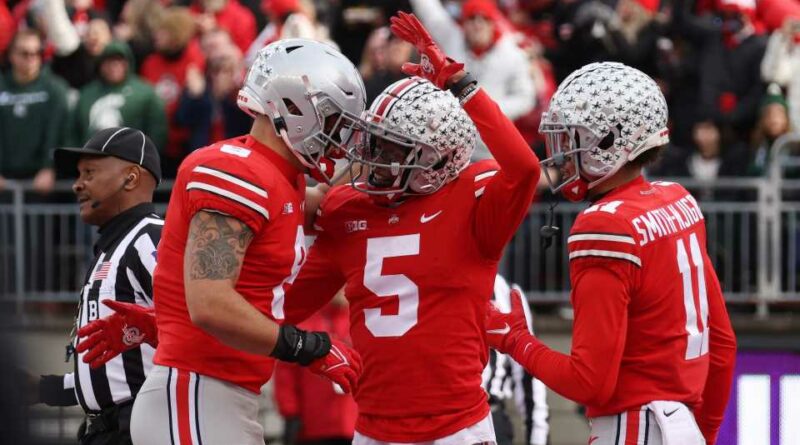 Ohio State gave just about everyone something to think about Saturday.

It’s a game Michigan State would just as soon forget. The Buckeyes hammered the Spartans 56-7 in a top-10 showdown that was decided by halftime. It was a head-spinning performance where Ohio State left no doubt from start to finish.

— Ohio State quarterback C.J. Stroud finished 29 of 31 for 393 yards and six TDs in the first half. He finished 32 of 35 for 432 yards. Michigan State running back Kenneth Walker had six touches for 29 total yards. So much for that Heisman duel.

— The Buckeyes rolled up 500 yards of offense in the first half and faced just two third downs, which they converted.

— Chris Olave (7 catches, 140 yards, 2 TDs), Garrett Wilson (7 catches, 126 yards, 2 TDs) and Jaxon Smith-Njigba (10 catches, 105 yards, TD) all put up more than 100 yards in what a times looked like a 7-on-7 clinic in the passing game. This is the most-complete receiving trio in the FBS, and all three are future first-round picks. LSU and Alabama had that on national championship teams the last two years.

Most of that transpired before halftime. It was an emphatic statement on every level. Who has something to think about when it comes to the Buckeyes now?

The Game is coming, and Ohio State’s performance could push that line up to double-digits. Michigan hasn’t beat Ohio State since 2011, and the Wolverines are 0-5 against the Buckeyes since Jim Harbaugh took over. Michigan has a top-10 defense, but they haven’t seen an offense quite like that.

Sure, the Ducks beat the Buckeyes 35-28 at Ohio Stadium on Sept. 11, but the Buckeyes would be favored in a rematch. That’s because Stroud has more experience at quarterback, and the Buckeyes’ defense has tightened up, specifically the defensive line.

Yes, we remember last year’s CFP championship game. Don’t be surprised if Ohio State jumps Oregon and Alabama in both the AP Poll and fourth set of College Football Playoff rankings and is No. 2 in both polls. The Buckeyes now have a top-10 win, and they have three victories against ranked opponents. It’s a slightly-better resume than Alabama for now.

Stroud was the betting favorite coming into the week, and he might have pushed some distance from the rest of the field. This was the first of three potential big stages with Michigan next week and a likely matchup against Wisconsin in the Big Ten championship game. Stroud’s monster first half caught the attention of Kansas City quarterback Patrick Mahomes II.

If Stroud shreds both of those defenses, then he will win the Heisman Trophy. That is, unless Alabama’s Bryce Young beats Georgia first. Speaking of which …

Yep, we went there. The best unit-vs.-unit matchup in the FBS right now would be Ohio State’s offense against Georgia’s defense. Alabama will get the first crack at the Bulldogs, of course, but when Ohio State’s offense is clicking like it did in the first half, it’s borderline impossible to stop. We want to see this offense against Georgia, for sure. Will it be in the CFP semifinals or championship game?

Who is going to beat the Buckeyes? Ohio State now has won 25 straight Big Ten games at home by an average of 30.9 points per game. Third-year coach Ryan Day is 25-0 in Big Ten games, which the Buckeyes have won by 30.2 points per game. It’s an impressive stretch of dominance that trumps what Urban Meyer and Jim Tressel did in Columbus, because right now it appears nobody in the Big Ten has a chance against this program. Michigan State (9-2) simply was the latest team to feel that pain.

Michigan is up next. If the Wolverines beat Maryland, then we get a matchup of 10-1 teams at the Big House next Saturday. Would this be a more-monumental upset than the Wolverines’ legendary 24-12 upset against Ohio State in 1969 that launched the Ten-Year War?

We have all week to talk about it.

But the Buckeyes should dominate that conversation, too. 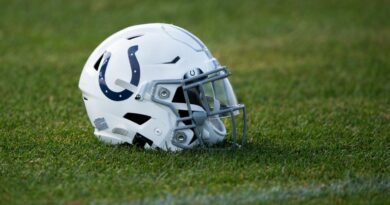