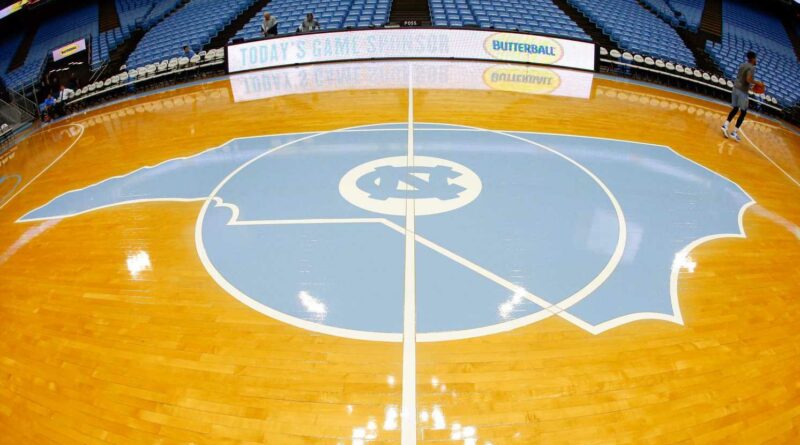 INDIANAPOLIS — Roy Williams announced his retirement on Thursday ahead of the men's Final Four. The 70-year old leaves college basketball as the sport's third winningest coach of all-time from storied tenures at North Carolina and Kansas  – 33 seasons altogether that included three national championships.

His departure from the Tar Heels after 18 years leaves an opening for one of the most coveted coaching jobs at the blue-blood program the late Dean Smith helped cultivate.

Which coach is equipped to fill Williams shoes and carry on the teal blue legacy in Chapel Hill? USA TODAY Sports examines six of the top candidates for the job:

The UNC Greensboro coach is an up-and-coming name in the sport, and he's only 37 years old. That's the exact age of Williams when he started at Kansas. Miller is a Roy Williams disciple, having played for the Tar Heels from 2004-07. He's coached at UNC-Greensboro since 2011 and has guided the Spartans to five postseason appearances, including a No. 13 seed in this year's NCAA Tournament.

Another former player, Davis might be the front-runner given he was on UNC's staff as Williams' assistant since 2012 following an NBA and broadcast career. Davis has been out on the recruiting trails and knows the ins and outs of the program, despite not having any head coaching experience.

Williams' longtime assistant who was with him all throughout his UNC tenure, Williams would be more of a short-term hire if he landed the job because he's 63 years old. He's undoubtedly qualified. He has head coaching experience at Tulsa (1995-97) and Florida State (1997-2002), although he had a below .500 record at FSU in five seasons.

A former UNC player, Stackhouse is trying to uplift a Titanic of a sinking ship at Vanderbilt, where he's only gone 20-37 in two seasons. But Stackhouse has coaching chops, having been named the NBA G League Coach of he Year in 2017. Given how well it worked out for Michigan in hiring Juwan Howard, this potential hiring isn't that farfetched.

Bennett has a national championship at Virginia (2019) where he figured out how to beat UNC and Duke with less talent. He'd get a recruiting boost at Carolina where the Tar Heels would be positioned to be national title contenders every season.

Alabama coach Nate Oats took a program to the Sweet 16 and made the Crimson Tide SEC champions in just two seasons, all without an extensive recruiting record in the South. Needless to say he's an up-and-comer in the sport who can continue to blossom at a football school – or he could take over the pressurized job at UNC. Another SEC coach, Eric Musselman, took Arkansas even further to the Elite Eight this year after getting Nevada to the Sweet 16 in 2018.

Gonzaga coach Mark Few is going for an undefeated season and national championship with the 'Zags here at the Final Four. Few has denied big-time offers from prestigious programs before, but would UNC be the one job to make him leave Spokane? It's unlikely, but it'd be Few's job if he wanted it. Baylor coach Scott Drew also has his team in the Final Four and is a name that could be considered based on his program-building success with the Bears. Would national titles or national-runner up finishes affect these coaches' decisions if offers are made?

2018 in a nutshell: One season-defining play for all 32 NFL teams