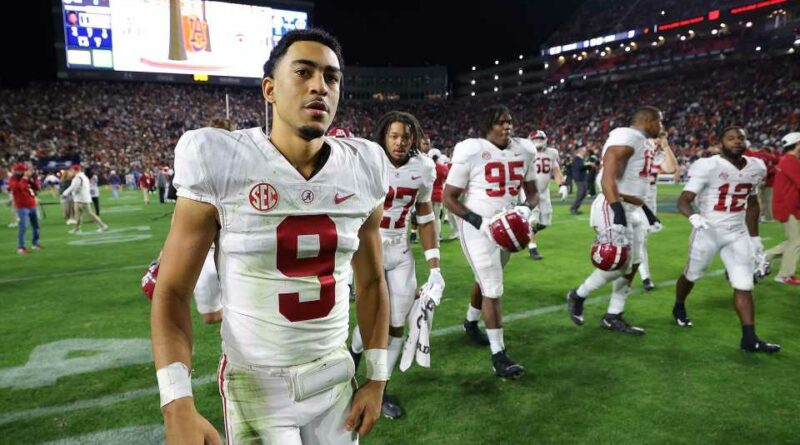 The Heisman Trust unveiled its four finalists for the 2021 college football season on Monday. In the immortal words of Douglas Adams, “this had made many people very angry and has been widely regarded as a bad move.”

There is nothing wrong with the finalists in and of themselves: They have all played exceptionally well this season. Young’s prowess helped lead the Crimson Tide to an SEC championship and College Football Playoff berth; Hutchinson has had an outstanding defensive season for the playoff-bound Wolverines; Pickett’s season helped him pass Dan Marino for the most touchdowns in Pitt history; and Stroud has had no issue carving up opposing defenses (just ask Michigan State).

But college fans still bemoaned what they believed were several snubs in the Heisman voting process, including Ole Miss quarterback Matt Corral, who has 20 passing touchdowns and 15 rushing scores; Michigan State running back Kenneth Walker III, who ranks second nationally and first in the Power 5 with 1,646 rushing yards on top of 18 rushing touchdowns; and Alabama linebacker Will Anderson Jr., whom many consider the Crimson Tide’s best player and who leads the nation in both tackles for loss (32.5) and sacks (15.5).

Unfortunately, there’s only room for so many finalists — four in 2021 — and that had to result in some deserving players getting left out. That didn’t stop fans, pundits, media members and more from complaining about Monday’s announcement: