It’s starting to look like Patriots running back Sony Michel won’t miss much time after suffering what appeared to be a serious knee injury on Sunday during New England’s 38-31 win over Chicago.

According to NFL.com, Michel underwent an MRI on Monday and his injury isn’t considered to be serious. Although Michel could still miss some time, it’s not expected to be much.

Ideally, Michel wouldn’t miss any time, but considering what happened against the Bears, the Patriots would be catching a huge break if Michel were to only miss a week or two.

The injury to Michel’s knee happened on the first play of the second quarter in Chicago. After taking a handoff from Tom Brady, Michel got hit by Chicago’s Bilal Nichols and as the two players were going down, Michel’s left knee twisted in an awkward position after his foot got caught under Nichols’ body.

When the injury happened, it appeared to be serious. Not only was Michel down for several minutes, but players from both teams came over to offer words of encouragement.

Once Michel was finally able to stand, he had to helped off the field by two trainers.

Michel rushed for 22 yards on just four carries before leaving the game.

The rookie running back has been a big part of the Patriots offense this year. After getting off to a slow start, the first-round pick exploded for 112 yards and a touchdown during New England’s 38-7 win over Miami in Week 4. Michel hit the 100-yard mark again in Week 6 when he racked up 106 yards in the Patriots’ 43-40 win over the Chiefs.

Overall, Michel has carried the ball 95 times for 422 yards and four touchdowns on the season. The rookie has put up that total despite the fact that he didn’t even play in Week 1 due to a knee injury.

The best move for the Patriots might just be to let Michel heal for the next month. The Patriots have a bye in Week 11, which means he could miss the next three games — at Buffalo, Green Bay, at Tennessee — then come back for the team’s stretch run starting in Week 12. If that Patriots went that route, it would give Michel until Nov. 25 to heal. 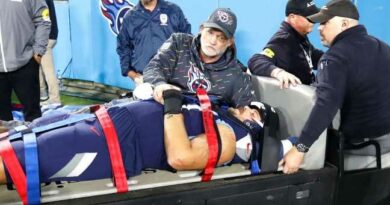 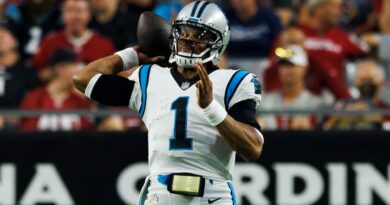