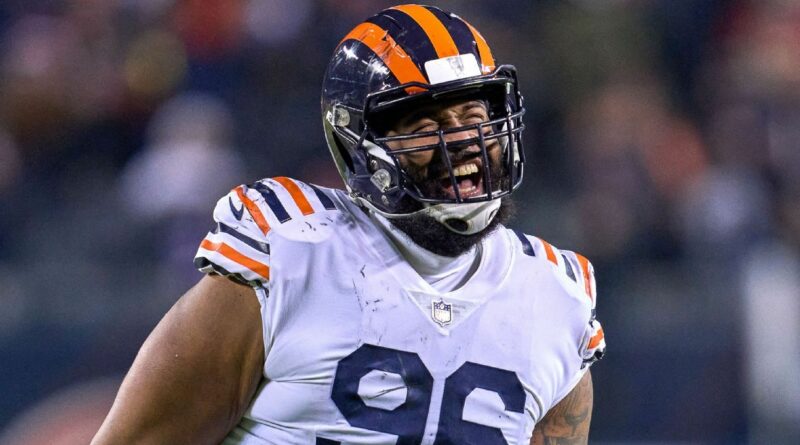 Hicks’ addition likely means the end of defensive tackle Ndamukong Suh time in Tampa. Suh also is an unrestricted free agent. Hicks will now give the Bucs the veteran presence on their defensive line that Suh had provided the past three seasons.

The 2021 season was disappointing for Hicks, who battled groin and ankle injuries throughout the year. In nine games last season, Hicks totaled 3.5 sacks, five tackles for loss and nine quarterback hits. Over the past three seasons, injuries have forced Hicks to miss 20 games.

Hicks, 32, was a marquee free-agent signing by former Bears general manager Ryan Pace and signed a two-year contract with Chicago in 2016. After amassing seven sacks and 54 tackles in his first season with the Bears, the team gave Hicks a four-year, $48 million contract extension in 2017 that kept him with the franchise through the 2021 season.

He was a productive defender in Chicago over six seasons and among the best run stoppers in the NFL. Hicks made the Pro Bowl in 2018 and was a key member of a Bears defense that led Chicago to the playoffs. In 16 games that season, Hicks totaled 7.5 sacks, 12 tackles for loss and 16 quarterback hits.

ESPN’s Jenna Laine and Courtney Cronin contributed to this report.

Steve Smith to be inducted into Panthers' Hall of Honor