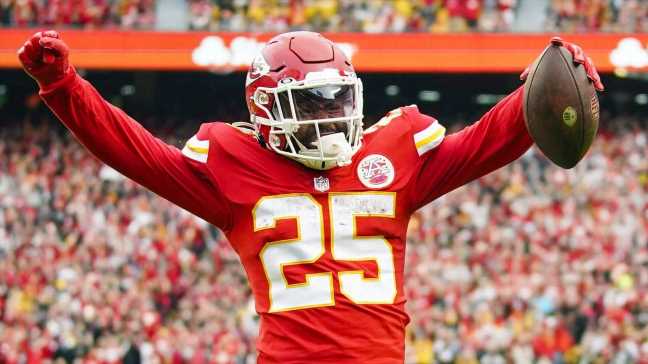 It will be challenging for Edwards-Helaire to play Sunday against the Cincinnati Bengals but the fact that it is on the table is a positive for the running back and the Chiefs.

Edwards-Helaire, who scored early in the Chiefs’ 36-10 victory over the Pittsburgh Steelers, left after two carries early in the second half with his injury. He had nine carries for 27 yards and the touchdown before being ruled out.

If Edwards-Helaire is sidelined, the Chiefs will lean on Darrel Williams and Derrick Gore. The Chiefs also could get Jerick McKinnon back from injured reserve. Williams had 11 rushes for 55 yards and Gore had 12 carries for 43 yards in Sunday’s victory. The duo also had a combined six catches for 91 yards.

Edwards-Helaire leads the Chiefs with 517 yards rushing and has 19 receptions for 129 yards in 10 games this season and has six total touchdowns (four rushing, two receiving). 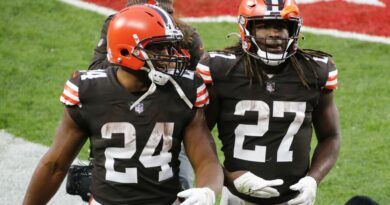 RB Index: Five running backs I trust most in the Divisional Round

Projected 2019 NFL draft order: Cards are near locks for No. 1 pick