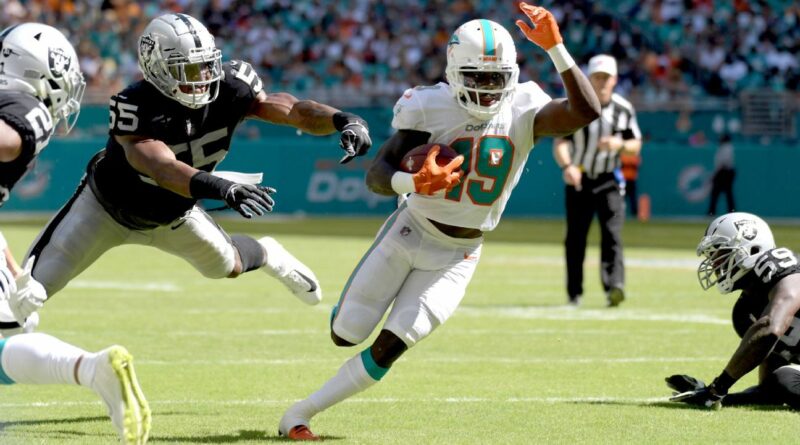 MIAMI — The Dolphins have agreed to trade wide receiver Jakeem Grant to the Chicago Bears, a league source confirmed to ESPN.

NFL Network first reported the news and the compensation as a 2023 sixth-round pick.

Grant, the Dolphins’ primary returner since they drafted him in the sixth round in 2016, is one of the NFL’s best special teams players with five return touchdowns in his career; he ranks 11th among active players in non-offensive touchdowns. He was voted a second-team All-Pro last season, one year after signing a four-year, $19.7 million extension in 2019.

He has had a slow start to the season, however, muffing a punt during Miami’s loss to the Colts in Week 4 and fumbling deep in the red zone in the team’s loss to the Bills in Week 2.

Filling in for Grant as the Dolphins’ primary returner will presumably be rookie Jaylen Waddle, who handled punt return duties when Grant was injured in Week 2.

In shadow of drug cartels, Michigan QB Shea Patterson learned to block out the noise