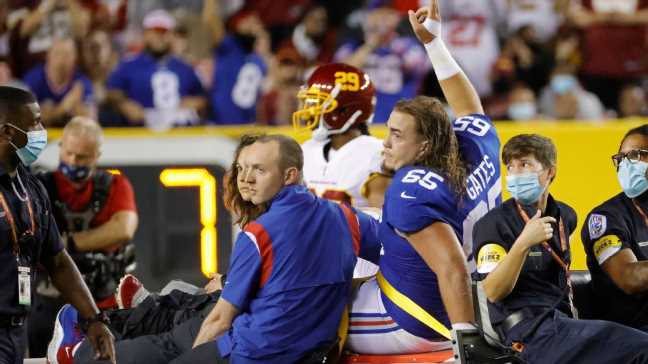 EAST RUTHERFORD, N.J. — The fairy-tale comeback for New York Giants offensive lineman Nick Gates has reached its latest chapter. He will be added to the team’s active roster Wednesday, a source told ESPN.

Gates broke his left fibula and tibia in Week 2 of last season, a gruesome injury that saw his leg facing in the wrong direction and put his football career in jeopardy. He would need seven surgeries and suffered a setback in the spring that forced the rod in his leg to be removed. There was a point where the veteran lineman even feared losing the leg.

Gates’ return comes at just the right time. Right tackle Evan Neal and left guard Ben Bredeson were injured Sunday in Jacksonville and are expected to miss some time.

Gates, 26, was the Giants’ starting center for all of the 2020 season. He has also played guard, including when he suffered the injury in Washington 13 months ago. Gates took snaps with the first-team offense last week at center when Jon Feliciano was limited by injury.

Feliciano started and played every offensive snap in Sunday’s 23-17 win over the Jaguars.

The Giants (6-1) wanted to give Gates as much time as possible to get back his strength and get into playing shape. They haven’t had a padded practice since his window was opened because of their schedule, which included a trip to London earlier this month.

Still, the Giants have liked what they have seen.

“Nick has done a good job since he’s been out here working out,” coach Brian Daboll said earlier this week.

Gates gives the Giants depth on the offensive line as they head into Sunday’s matchup in Seattle ahead of their Week 9 bye.

It’s hardly a surprise that Gates’ story has reached this point. One of the first questions he asked every doctor was whether he was going to make it back onto an NFL field.

“And they all assured him he would,” his mother, Sonya Gates, told ESPN this summer.

Nick Gates smiled as he was carted off on Sept. 16, 2021, at FedEx Field. He pumped his fist, assured his brother in a phone call moments later he would be fine and put out a video of him taking a stroll around the hospital with a walker two days after snapping his leg and one after the initial round of surgeries.

It’s all par for the course.

“Toughest dude on planet Earth” is how his agent, Sportstars’ Jon Perzley, described Gates the week after the injury. 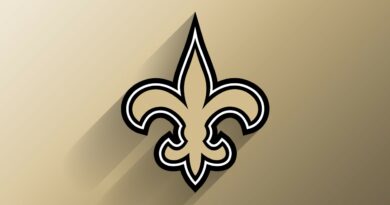 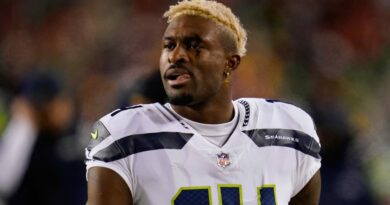 Russell Wilson on WR Metcalf's one-catch night: 'I think obviously we need to get DK the football'