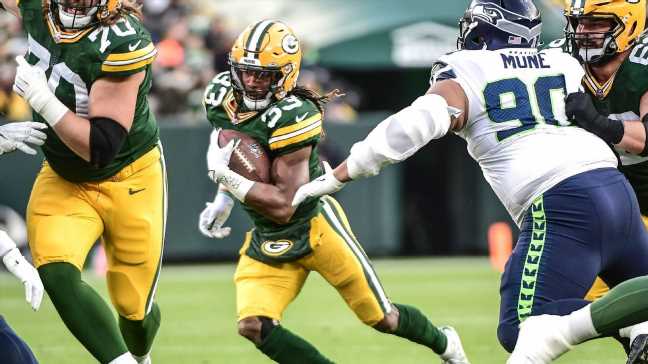 An MRI revealed that Green Bay Packers running back Aaron Jones has “a mild” MCL sprain and is expected to be out one to two weeks, a source told ESPN’s Adam Schefter.

Jones left Sunday’s 17-0 win over the Seattle Seahawks in the third quarter with a knee injury, reaching for his right knee at the end of a 6-yard gain. On the CBS TV broadcast, Tracy Wolfson reported that Jones left the medical tent in tears and went to talk to his family.

Packers coach Matt LaFleur did not provide an update after the game.

Jones has suffered MCL sprains before, including one to his right knee during the 2018 season. He missed the final two games of that season. As a rookie in 2017, he missed two games in the middle of the season because of an MCL sprain and then also sat out the season finale because of a similar injury. The Packers missed the playoffs in both of those seasons, so it’s unknown when Jones could have returned.

The Packers signed Jones to a four-year, $48 million deal in March.

He had four catches for 61 yards and seven carries for 25 yards when he left the game.

Second-year running back AJ Dillon totaled 128 yards of offense (66 yards on 21 carries and 62 yards on two catches) and two touchdowns against the Seahawks. 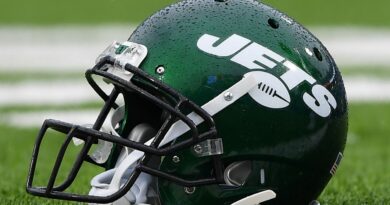