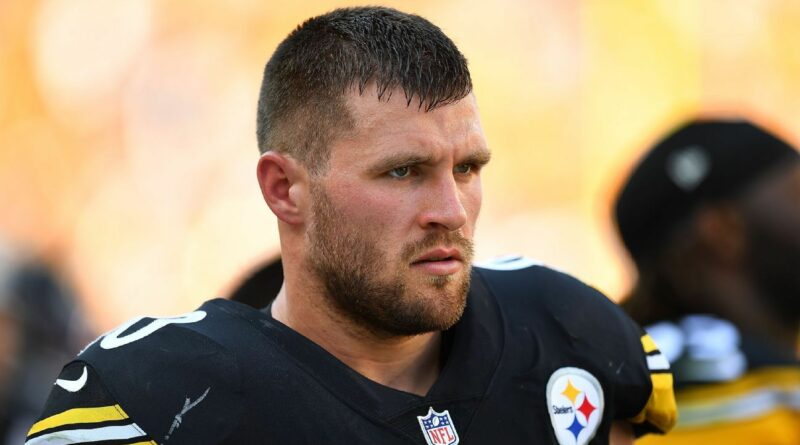 Doctors determined Tuesday afternoon that the Pittsburgh Steelers’ T.J. Watt does not surgery on his torn pectoral and the star pass-rusher is expected to miss about six weeks, a source told ESPN’s Adam Schefter.

Watt, who suffered the injury on Sunday in a 23-20 overtime victory over the Cincinnati Bengals, had sought out second and third opinions on the injury.

Watt on Tuesday tweeted a gif of Arnold Schwarzenegger’s Terminator character saying “I’ll be back.”

Steelers coach Mike Tomlin said earlier Tuesday that the organization was “encouraged” about the injury outlook for the reigning Defensive Player of the Year.

“We’re probably in a lot better place than we were after the game,” Tomlin said Tuesday. “… I can definitively say that T.J. won’t play this week [against the Patriots], but I won’t make any commitments beyond that.

“We’re encouraged, and we’ll just continue to look at the situation and gain opinions and do what’s appropriate.”

Watt appeared to suffer a torn left pectoral muscle in the final seconds of regulation when he tried to sack Bengals quarterback Joe Burrow, and as he walked off the field, he told medical personnel that he tore his pec. Watt recorded a sack and an interception in Sunday’s game.

Asked if Watt would go on injured reserve, Tomlin was noncommittal on Tuesday. Injured reserve would rule Watt out for a minimum of four games. The Steelers can designate up to eight players to return from IR throughout the season, and each player can return twice.

In Watt’s absence, the team will first turn to outside linebackers Malik Reed, acquired in a trade with the Broncos last month, and Jamir Jones, whom the organization grabbed off waivers. The Steelers signed veteran linebacker Ryan Anderson to their practice squad later Tuesday, but Tomlin didn’t commit to playing new faces on Sunday.

Last season, Watt had 22.5 sacks to tie the NFL’s single-season sack record. He has 73 sacks in his career.

Matt Ryan on PI rule: 'They'll get it right at some point'