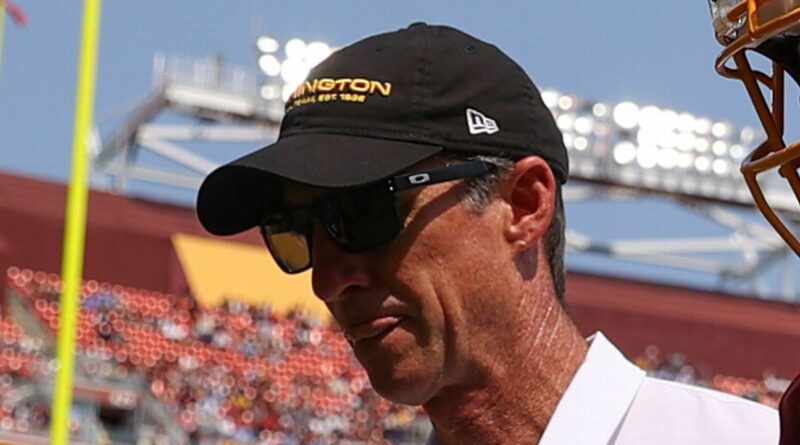 As a trainer, and not a physician or nurse practitioner, Vermillion would not be allowed to give out prescription drugs according to federal law. Nor can a physician distribute them where they are unauthorized to practice.

The DEA raided Vermillion’s office at the Washington facility as well as his home last Friday afternoon. Washington coach Ron Rivera said he was not at the facility at the time, but multiple players were still around. Vermillion was placed on administrative leave by the organization on Monday.

Vermillion worked with Rivera for nine seasons in Carolina and joined him in Washington in January of 2020. Washington’s chief medical officer is Anthony Casolaro and Chris Annnunziata is the head physician. Bubba Tyer, who was the team’s trainer in the 1970s through 2009, has come out of retirement to provide help.

In 2014, the DEA randomly checked several NFL medical staffs at airports following a game – Tampa Bay, San Francisco and Seattle – as part of an investigation surrounding drug distribution without prescriptions. The Transportation Security Administration also was part of the search.

According to an Associated Press report at the time, agents requested documentation from the visiting teams’ medical staffs for controlled substances they possessed. They also wanted proof that doctors could practice medicine in the home team’s state.

That search stemmed from a lawsuit earlier that spring on behalf of ex-NFL players. The number of plaintiffs at that time, according to the AP, was more than 1,200.

The NFLPA issued a statement on Wednesday that it had sent a formal request to the NFL for information regarding the substance of the investigation, calling it a health and safety issue.

Washington issued a statement saying the investigation was not “related to the team.”

Why Trevon Diggs switched positions in college: NFL’s INTs leader was a WR until he met Nick Saban