DENVER — The Denver Broncos have not played a game without Matt Paradis at center since the 2014 season, and now they might have to finish out whatever becomes of this season without him after he left Sunday’s game against the Houston Texans with a lower leg injury.

The initial diagnosis by the team’s medical staff is that Paradis likely suffered a fractured right fibula, sources confirmed to ESPN, but he will undergo additional examinations on Monday.

The news was first reported by KUSA-TV.

Paradis suffered the injury with just under a minute remaining in the first half when he was rolled up on during an incomplete pass by quarterback Case Keenum.

Paradis had entered the game with a consecutive snap streak of 3,850 and had not missed a snap since he had become the team’s starter in 2015, the year the Broncos won Super Bowl 50.

The 29-year-old was a sixth-round pick by the Broncos in the 2014 draft, the 207th player selected overall. He spent the 2014 season on the team’s practice squad. 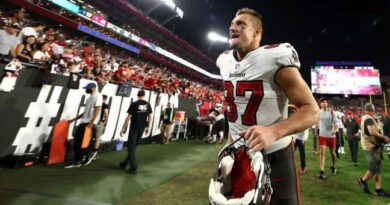