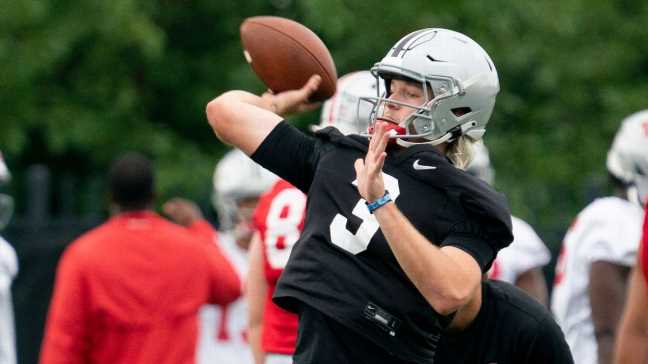 After taking only a handful of snaps and making over $1 million in name, image and likeness deals, Ohio State quarterback Quinn Ewers is set to enter the transfer portal and leave Columbus, sources confirmed to ESPN’s Adam Rittenberg.

Ewers, who starred at Southlake Carroll High in Dallas, was the top prospect and quarterback in the class of 2022. After a ruling was passed to allow athletes to capitalize financially on their name, image and likeness, Ewers reclassified to the class of 2021 and enrolled at Ohio State, where he arrived in August and was allowed to start signing deals.

The freshman, who was expected to be the Buckeyes’ quarterback after freshman CJ Stroud’s eventual departure for the NFL, capitalized on multiple NIL deals, including a three-year, $1.4 million deal with GT Sports Marketing in August. On the field, he was not a factor for the Buckeyes.

At Southlake Carroll, Ewers had offers from most major programs in the country in high school. He had initially committed to Texas, but decommitted in October 2020.

The news was first reported by Yahoo.

Earlier this week, Ohio State got a commitment from Devin Brown, a 4-star quarterback from Utah in the 2022 class. 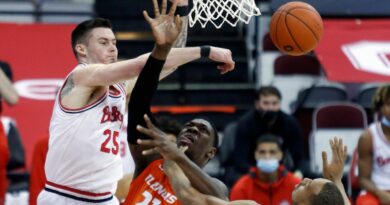 No. 4 Illinois outlasts No. 10 Ohio State for inside track to NCAA Tournament No. 1 seed