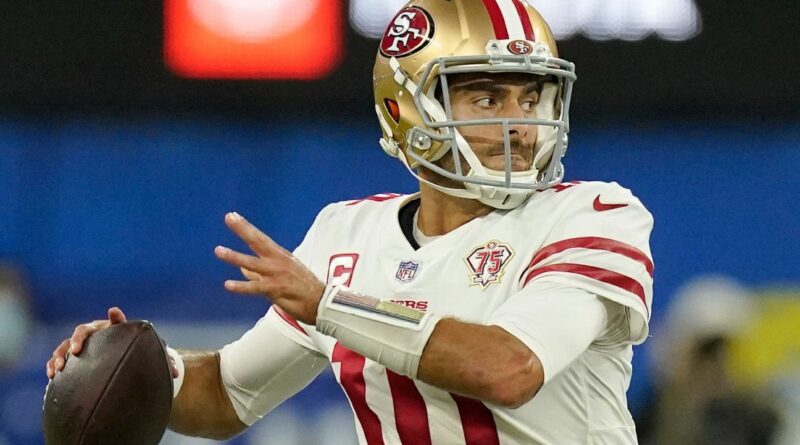 Had the San Francisco 49ers and Jimmy Garoppolo been unable to agree to a restructured contract this summer, the rival Los Angeles Rams were lurking as a possible destination for the veteran quarterback, league sources told ESPN.

Garoppolo and the Rams had the makings of a deal if he was released by the Niners, who were unaware that the defending Super Bowl champions were looking into signing him, according to sources.

The 49ers didn’t learn about the Rams’ interest until after they agreed with Garoppolo on a one-year deal worth up to $16 million, sources said.

“It was going to be such a Rams move to make,” a member of the 49ers organization told ESPN. “Sean McVay and Kevin Demoff would have been basking in it.”

The Rams, who were eyeing Garoppolo as a legitimate backup option to Matthew Stafford, continually have demonstrated the capability to acquire high-profile, skilled veterans like Odell Beckham Jr. or Bobby Wagner despite seemingly not having roster or salary-cap space. The Rams were tight against their cap, and it would have been challenging to fit Garoppolo into their salary structure.

For most of the offseason, a divorce seemed imminent between Garoppolo and the Niners, who were set with Trey Lance to take over at quarterback.

But according to Garoppolo, “things kind of fell into place” with the Niners in late August, meaning he will back up Lance to start the season instead of backing up Stafford.

“Seeing the other opportunities that were out there and you weigh in the pros and cons of everything,” Garoppolo told reporters on Sept. 1. “Trust me, there was a lot of back and forth going on just with other teams and what I wanted my future to look like. And so, this is what I wanted.” 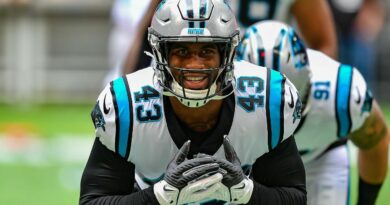 Overreacting to NFL Week 9: Who dat? My Super Bowl picks are …