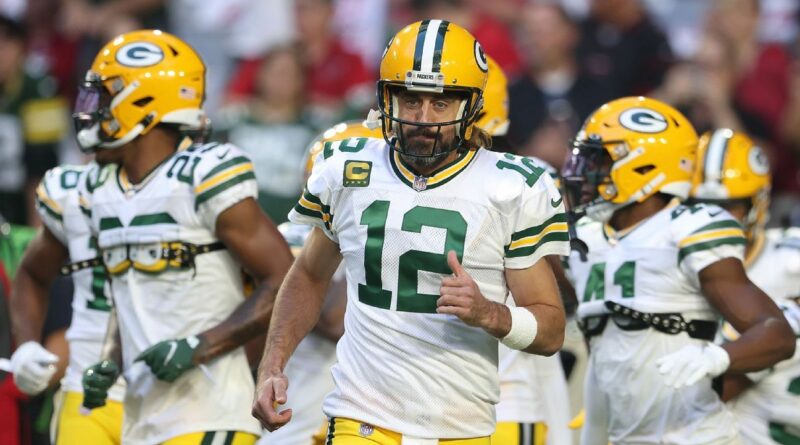 All that is left now is for the Green Bay Packers to officially activate him by 4 p.m. ET on Saturday in order for him to play Sunday against the Seattle Seahawks at Lambeau Field.

Rodgers concluded his 10-day quarantine required for unvaccinated players who test positive for the virus.

“It’s been going great,” LaFleur said this week of the preparation for Sunday. “Communication’s been there. He’s been in every meeting. He’s been engaged. So, it’s just he’s not with his guys out on the field. That’s the dynamic that you never know. But we’re fortunate to have a guy that has got a ton of reps under his belt, has played a ton of ball, so we’re pretty confident that, provided he checks out well, he can go out there and play at a high level.”

Rodgers was not allowed back in the team facility until Saturday but indicated he had been working out on his own. During his weekly appearance on “The Pat McAfee Show,” he said Tuesday that he would ramp up his conditioning on his own as the week went on and said he believed there was only a “small possibility” that he would not play Sunday.

“I just do believe there’s a health hurdle that I have to [clear] as far as like movement and sweating and getting into it, making sure my body, especially heart, is fine with physical exertion,” Rodgers said.

Receiver Davante Adams, who returned last week after his positive COVID-19 test, said he noticed a difference in his endurance in his first game back Sunday against the Chiefs.

“I don’t know how it’ll impact Aaron or the quarterback position; it’s much different movements,” Adams said. “But I definitely was a little bit more taxed in the game than I usually would be. It kind of felt like Week 1 all over again.

“Wasn’t anything crazy, and I don’t think it was the COVID that did it. It was more so me stationary, not moving around for 10 days, which doesn’t seem crazy, but when you’re moving every day and getting the conditioning that we get as wideouts, you definitely notice a difference.”

The Packers lost at the Kansas City Chiefs, 13-7, this past Sunday in Jordan Love’s first NFL start.

LaFleur prepared Love as if he will start again this week just in case there were issues with Rodgers’ return.

When asked on Friday whether he expected Rodgers to start, LaFleur said: “Yeah, but you know, a lot of things [can] happen. So just like we told Jordan, ‘You’ve got to be ready to go.’ And if that’s the route we go, then he’ll be ready.” 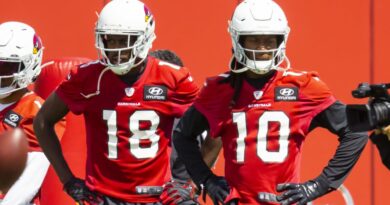