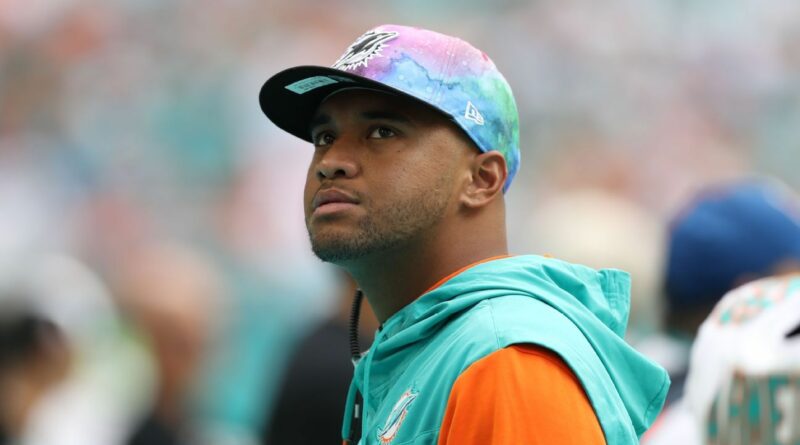 Tua Tagovailoa is expected to return as the Miami Dolphins’ starting quarterback for the 2023 season, league sources told ESPN.

Should the seventh-seeded Dolphins upset the Buffalo Bills on Sunday, Tagovailoa could potentially be cleared from the concussion protocol and work his way back to the field.

But regardless of what happens in Sunday’s wild-card round game in Buffalo or throughout Miami’s postseason, the Dolphins have been pleased with Tagovailoa’s development this season under first year coach Mike McDaniel, according to sources.

Medical professionals also are confident that Tagovailoa should be able to resume his NFL career next season, if not sooner, sources said.

Teddy Bridgewater, who is listed as questionable with finger and knee injuries, is expected to be active Sunday against the Bills, according to a source, but the veteran quarterback will serve as a backup to rookie starter Skylar Thompson.

Tagovailoa has been in the concussion protocol since Dec. 26 after suffering his second documented concussion of the season the day before in a loss to the Green Bay Packers.

McDaniel said this past Wednesday that Tagovailoa has not been cleared to resume any sort of football activities, and that because of the amount of time he has already missed, McDaniel was able to rule him out against Buffalo. 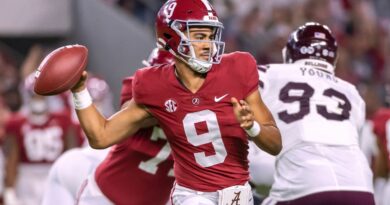 SP+ rankings for all 131 FBS teams

Cam after loss: ‘No need to press panic button’

‘The greatest combine performance ever’: How Mike Mamula changed the NFL combine