The Pittsburgh Steelers agree with Joe Flacco — they didn’t play their toughest game when they lost to the Baltimore Ravens on Sept. 30.

"I really just felt we could have 28, 30, 35 points up out there at halftime," Flacco told reporters after the Ravens’ 26-14 win. "It’s not like today was the toughest Pittsburgh Steeler games I’ve ever played."

The Steelers are hoping to give Flacco a full-fledged reminder of how tough their AFC North rivalry can be when the two teams meet Sunday.

"I don’t like that comment," safety Sean Davis said, per Ed Bouchette of the Pittsburgh Post-Gazette, "because I feel like [with] Baltimore [this] week, I’m already preparing my body as if there’s going to be a bruising. We’ll see if he has the same response after this game."

Flacco had a pretty straight-forward performance in the Ravens’ Week 4 win over the Steelers, completing 28 of 42 passes for 363 yards and two touchdowns with no interceptions in the victory. Given all the epic battles Flacco has engaged in over the years with the Steelers, it probably did rank among the easier games for the veteran quarterback.

Since that game, however, the Ravens and Steelers have been going in different trajectories. Baltimore has lost three of its last four and Flacco has struggled to replicate the numbers he was posting in September. The Steelers are unbeaten since their prime-time loss to the Ravens, tallying up wins over the Atlanta Falcons, Cincinnati Bengals and Cleveland Browns.

While the Ravens would like to forget about their sub-par October, the Steelers aren’t letting Flacco’s postgame comments drift away heading into Sunday.

"It was kind of shocking," Steelers guard Ramon Foster said of Flacco’s comment. "He didn’t feel like he was hit hard enough. We’ll see how it goes. You don’t really see a quarterback saying anything like that." 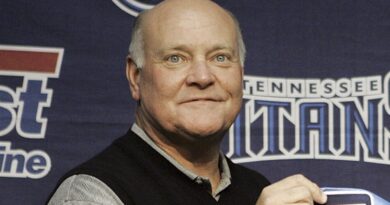