There was one that got away from T.J. Watt in the Pittsburgh Steelers defensive end’s record-tying 2021 season.

Despite tackling Baltimore Ravens quarterback Tyler Huntley behind the line of scrimmage in the Steelers’ Week 18 win over the rival Ravens, the play wasn’t ruled a sack as Baltimore center Bradley Bozeman had fumbled the snap. Thus, Huntley technically recovered a fumble before Watt engulfed him and caused another one.

Watt ended his ultra-impressive 2021 campaign with 22.5 sacks, tying the New York Giants’ Michael Strahan for the single-season standard in the official record books.

“Trust me, more people bring that up to me than I ever think about it,” Watt said of the play and the non-sack ruling, via The Athletic’s Mark Kaboly.

Watt isn’t satisfied with his 2021 showing, but it’s not because he came oh-so close to breaking the sack record. It’s because the reigning AP NFL Defensive Player of the Year believes he has more to accomplish ahead.

“I have a very short memory when it comes to things like that,” Watt said of the non-sack. “I feel that I have so much more to give to the game. I am definitely not satisfied. I am trying to continue to grow and be one of the best who ever played this game.”

There is clearly no shying away from the highest of aspirations for Watt.

Watt has tallied double-digit sacks in each of the last four seasons, he’s led the NFL in sacks in back-to-back years and done the same in tackles for loss.

“The No. 1 thing I told myself since probably my second or third year is that it is great to have a great play, a great game, but it is different stringing them together over days, weeks, months, seasons, years,” Watt said. “It’s all about being consistent and how long you can be consistent. It is all about me having the biggest impact on every single game, and whatever the results are is what they are.”

In each of Watt’s five seasons, the former first-round pick has increased his sack total. Thus, there’s tangible reason for excitement that Watt could once again approach the sack record. That’s not on his mind, though.

“There isn’t that specific goal of X, Y and Z that I want to accomplish this year,” he said. “The Super Bowl is the only one. It is that consistency. How can you do it game in and game out no matter what is going on? It is the goal.

“Being consistent in the NFL is one of the hardest things to do, and to be able to do that when I was out there, I am proud of.”

Unsatisfied with a stellar 2021 season, Watt’s searching for consistent repute much the same as he stalks quarterbacks. Before then, though, he’s looking for improvement, something he’s sought each and every offseason.

It’s an approach that’s been a resounding success Watt and the Steelers so far. 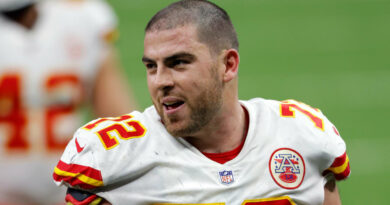 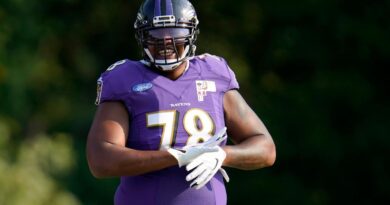