Home » NFL » Steelers RB Najee Harris (foot): ‘I will be playing this weekend’ vs. Patriots

Pittsburgh Steelers running back Najee Harris sat out overtime of Sunday’s victory over the Cincinnati Bengals due to a foot injury, but he doesn’t expect to miss any time heading into Week 2.

Harris told Adam Schein on SiriusXM’s Mad Dog Sports Radio on Tuesday that he plans to be ready to face the New England Patriots in the Steelers’ home-opener on Sunday.

“I’m good .. just got dinged up, nothing too crazy,” Harris said. “The plan is I should be ready to play. I should be back practicing. Today’s our off day, so it’s good we got today off just to let it heal for another day and get ready to go this weekend.”

Harris took 10 carries for 23 yards and caught two passes for three yards and a TD in Sunday’s win in Cincy before exiting the contest.

The bulldozing back dealt with a Lisfranc sprain during training camp. NFL Network Insider Ian Rapoport reported Monday that Harris’s latest foot injury was related to that but didn’t appear to be major.

Harris’ comments to Schein on Tuesday underscore the belief that it’s a minor injury.

“I’ll be back at practice this week, and then I will be playing this weekend,” he said.

The hope is that the foot injury doesn’t spiral into a weekly concern for Harris and the Steelers this early in the season.

With Harris dealing with a foot injury, the Steelers could siphon some of his workload in the coming weeks, increasing reps for rookie Jaylen Warren. 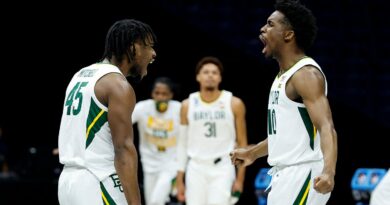 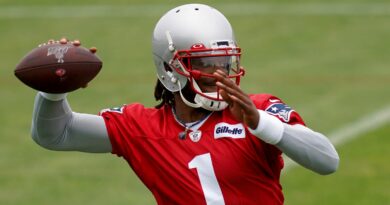