Home » NFL » Steelers’ T.J. Watt proves he’s worth every penny of record contract as he goes through squadron of Seahawks 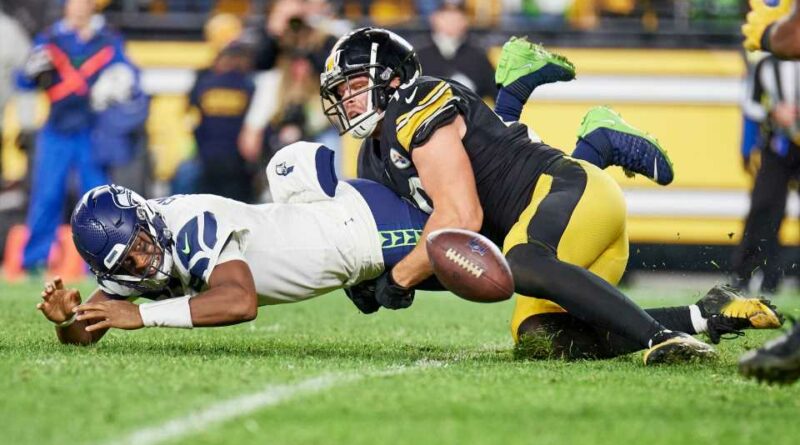 How many men does it take to stop T.J. Watt?

On the Seahawks’ final offensive down Sunday night in their 23-20 overtime loss to the Steelers — with the memory of his series-ending sack just a few plays earlier still painfully fresh — Seattle lined up with offensive tackle Brandon Shell off Watt’s right shoulder and tight end Gerald Everett off his left shoulder. Their assignment was obvious: keep Watt away from quarterback Gene Smith.

As Watt began to advance, Everett stepped forward to engage him and actually engaged Watt’s facemask before being discarded. Shell slid behind Everett to provide a second line of protection. When Watt got to Shell, he began to move Shell backward and collapse the pocket, so running back DeeJay Dallas released from the backfield and briefly added one more barrier between Watt and the QB.

Smith sensed there was trouble coming from his right, so he stepped forward to get away and perhaps find an open receiver, but not without Watt noticing. As Watt abandoned his lane and moved to his right to chase down Smith, center Kyle Fuller hoped to slow down Watt but wasn’t quick enough and only could brush him with a free hand.

Watt then slammed into Smith with his right arm coming down like a hammer, knocking the ball loose onto the Heinz Field grass at the Seattle 16 yard-line, where it was scooped up by linebacker Devin Bush and returned back to the Seattle 16 — after a brief detour toward the opposite end zone.

“I don’t think anyone is surprised by his ability to deliver in those moments,” Steelers coach Mike Tomlin said of Watt. “Yeah, he’s a great player, but it’s about what he’s willing to do in terms of preparation and conditioning himself and all of those things.

“It’s not anything mystical about that playmaking, man, we’re talking about a guy who’s really talented, works extremely hard, is hyper-focused, prepares himself physically and mentally. That’s what happens.”

It was Watt’s second second sack of the overtime period. The first took Seattle out of field-goal range after it won the toss and advanced into Steelers territory. He also knocked down three passes and made a total of six unassisted tackles. He now has seven sacks in five games.

This was the player the Steelers made the highest-paid defensive player in the sport with a four-year, $112 million contract the week of the opening game. He was named to the Pro Bowl each of the past three seasons and was named All-Pro the past two years.

Actually, if you add up the total contract value of the four players who tried and failed to prevent Watt from making the game-changing play, it comes to only 17.5 percent of Watt’s deal. So the math checks out.

“I’m exhausted,” Watt told NBC’s Michele Tafoya with a chuckle. “I was trying to catch my breath. We had to go out for another series after I was yelling so much after the first sack. I was just glad I was able to pull it together for another one.” 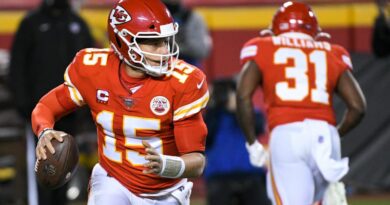