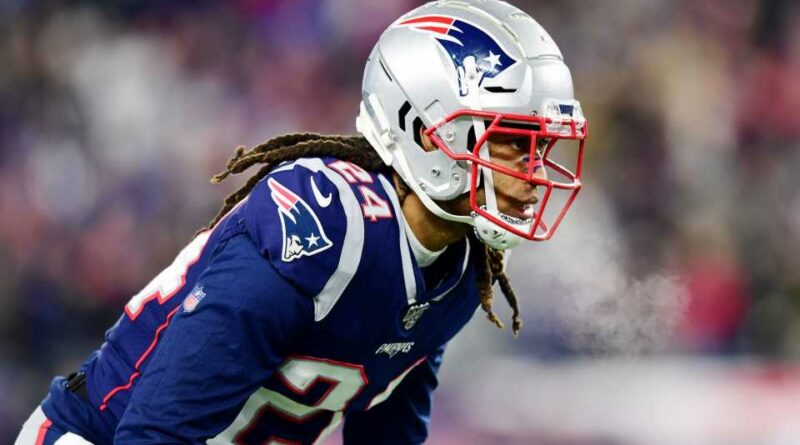 Leave it to the Patriots to cut a former Defensive Player of the Year in the middle of the season.

Stephon Gilmore’s time in New England has come to an end. Bill Belichick and the Patriots are parting ways with Gilmore, and it’s reported that they will release him on Wednesday.

Gilmore was a force during his four seasons with the Patriots and enjoyed an All-Pro campaign in 2019. He totaled 11 interceptions, 52 pass defenses, three forced fumbles and 161 tackles during that span. He also had a key interception in the Patriots’ Super Bowl 53 win over the Rams and a pass breakup in the final seconds of New England’s 24-20 win over the Jaguars in the 2017 AFC Championship Game.

Now, Gilmore will play elsewhere, and there should be no shortage of interest in him on the free-agent market. There are several contenders that are lacking cornerback depth right now and others could use one more solid starter on the outside to bolster their Super Bowl chances.

Gilmore won’t come cheap, so these teams may have to perform some cap gymnastics to fit him in. That said, the NFL’s salary cap can be flexible, so any team that has a chance to land Gilmore will find a way to clear some space.

Here’s a look at some of Gilmore’s top landing spots, starting with the most obvious option.

The Buccaneers are the reigning Super Bowl champions, but they have one problem with their team as it’s currently constructed. Their secondary is shallow and banged-up at cornerback.

Right now, three of the Bucs’ top four cornerbacks — Sean Murphy-Bunting, Jamel Dean and Carlton Davis — are dealing with injuries. Tampa Bay signed Richard Sherman to add depth and veteran presence to the unit, and he proved rusty against the Patriots on Sunday night. Sherman was targeted eight times in his Buccaneers debut and rookie Mac Jones completed all eight passes against him and logged a passer rating of 117.7 when targeting Sherman. He allowed 12.3 yards per reception. The Bucs are allowing a league-high 327.5 passing yards per game.

Gilmore would give the Buccaneers a proven, No. 1 cornerback to pair with Sherman while the team waits for their three younger corners to return to action. Once they’re all back, the team will have better depth and more experience than they previously had.

Oh yeah, Gilmore also has a connection to Tom Brady, as the two were teammates for three seasons. If he makes a free-agent pitch to Gilmore, that could convince him to go to Tampa Bay and continue the “Patriots South” pipeline.

Here’s another NFL team with glaring cornerback issues. The 49ers have lost Jason Verrett for the season and also saw Josh Norman and K’Waun Williams get hurt in recent weeks. That has left Emmanuel Moseley and Deommodore Lenoir as the two primary cornerbacks.

San Francisco has signed veterans like Norman, Dre Kirkpatrick and Buster Skrine in recent weeks. Why wouldn’t they give Gilmore a shot if he’s willing to come to the team?

If Gilmore is looking for an easy path to start, the 49ers are one of his best options. That said, the 49ers sit at just 2-2 and play in one of the NFL’s toughest divisions, so he would have to decide if he believes they can contend for a playoff spot.

NFL WEEK 5 PICKS: Against the spread | Straight up

The Chiefs’ defense has played surprisingly poorly so far this season. They are allowing 437.8 yards per game, which is good for the second-most in the NFL, and they rank bottom-six against the pass.

Gilmore would give the team a proven, No. 1 option on the outside. He would allow L’Jarius Snead to settle into a role as the No. 2 cornerback with players like Mike Hughes, Charvarius Ward and DeAndre Baker rotating in as opposed to playing the No. 2 corner and nickel roles as a committee.

Signing Gilmore would fix at least one of Kansas City’s problems on defense. Then, they could shift their focus toward finding some help against the run.

The Panthers are a sneaky-good fit for Gilmore. They lost rookie Jaycee Horn to a foot injury, and while they acquired C.J. Henderson from the Jaguars to help fill the void, Gilmore could replace Horn as the team’s top corner and could also mentor Horn if they sign him longer-term.

Gilmore is from Rock Hill, S.C. and played collegiately at South Carolina. The Panthers are 3-1 and have one of the NFL’s best defenses, and adding Gilmore to it as a short-term replacement for Horn and eventual complement, could work well.

The Panthers also have more than $19 million in effective cap space, per OverTheCap.com. So, they are one team that can afford to sign him without making too many other roster moves or contract restructures.

Trevon Diggs is a fast-rising superstar at cornerback. He has already logged five interceptions through four games this season. That will probably lead teams to throw away from him moving forward.

Teams would be less likely to do that with Gilmore in the fold. He could help shut down the other side of the field and make Dan Quinn’s defense into a strong one.

And take this for what it’s worth, but Tad Prescott, brother of Dallas quarterback Dak Prescott, tweeted that Gilmore said he wanted to be a Cowboy four years ago.

Again, we’ll take that with a grain of salt, but Gilmore’s strong fit with the 3-1 Cowboys cannot be denied.

The Cardinals are the NFL’s lone remaining unbeaten team, and they could use some extra help at cornerback. The team signed another former Patriot, Malcolm Butler, during the 2021 NFL offseason, but he retired on eve of the season. That left them a bit thin at cornerback.

Adding Gilmore would not only give the team depth, but it would give them a strong starter across from Byron Murphy. That would allow Robert Alford to settle into more of a nickel role with rookie Marco Wilson serve as the team’s fourth corner.

Arizona had success when it traded for former Patriots’ first-round pick Chandler Jones; he continues to be a great pass rusher. Perhaps Gilmore will provide a similar upgrade for them in the secondary.

NFL POWER RANKINGS: Cardinals fly to the top of the list

The Seahawks defense ranks dead-last in the NFL in yards allowed per game. They are allowing 444.5 yards per game and are a bottom-five pass defense.

Seattle once was home to the Legion of Boom, but now, their cornerback room is thin outside of D.J. Reed, as both Tre Flowers and Ugo Amadi rank 83rd or lower among Pro Football Focus’ 108 graded cornerbacks. Amadi actually ranks 106th overall, so finding an upgrade over him would be preferable.

Adding Gilmore to play across from Reed would help the Seahawks’ defense greatly in coverage. They have $11 million in cap space, per OverTheCap.com.

The Packers appear to be making a pitch to Gilmore already. Davante Adams had a simple message to the corner on Instagram: “Call me.”

Adding a cornerback would make sense for the Packers. Rookie Eric Stokes has played well across from Jaire Alexander, but Alexander suffered a shoulder injury against the Steelers. His status is questionable. Behind Alexander, the Packers have Chandon Sullivan and Kevin King; neither is an ideal outside starter.

Gilmore would be able to either replace Alexander while he’s out or play across from Stokes and kick him inside to the slot. Either way, he’d add depth and versatility to the Packers’ cornerback room as they try to make one last postseason push with Aaron Rodgers.