The Steelers head to LA to face off with the Chargers in the Week 11 edition of Sunday Night Football. Both teams could be compromised on the injury/unavailability front. Ben Roethlisberger is still uncertain for Sunday night as he’ll need to clear the league’s COVID protocols. Meanwhile, it will be a race against time for Joey Bosa and Jerry Tillery, who were placed on COVID reserve this week. Either way, there are still plenty of studs and value sleepers for FanDuel single game lineups, so let’s do our best to field some winning DFS picks.

Here are the notable scoring settings for FanDuel single-game contests: The point total for the “MVP” is multiplied by 1.5, but he doesn’t cost any additional money like the “Captain” in DraftKings Showdown contests. FanDuel’s default scoring is half-point PPR and four-point passing TDs, and there are no bonuses for 300-yard/100-yard games like on DraftKings.

Harris has been limited to 15.3 FanDuel points in each of his past two games, the lowest output he’s produced since Week 1. If the past two weeks represent Harris’ floor, we’re going to lock him into our “MVP” slot without a second thought.. He’s handling 48.7 percent of the Steelers offensive touches, and the Chargers are the league’s worst run defense per DVOA and rushing yards per game. The stage is set for a big performance.

Ekeler is enjoying a dominant season, and in spite of a pair of mild disappointments over the past month — 9.7 FD points Week 9 vs. Philadelphia, 7.5 FD points Week 6 vs. Baltimore — he remains a fixture in our DFS lineups. He has more 20-plus-point performances than those in which he failed to crack double figures, so we’re excited about him even against a name-brand defense.

Defenses have been making a more concerted effort to cover Williams, and he’s been limited to 21 targets over his past four games. We might not want to pin our hopes on another 10-plus looks, but he offers the highest ceiling of any Chargers receiver. He’s posted two games with 100-plus yards and two touchdowns this season. He’s more volatile than Keenan Allen ($12,500), but he’s cheaper and more likely to erupt under FanDuel’s half-PPR settings.

Claypool is a risky play here considering he’s dealing with a “week-to-week” toe injury, but we’re looking for the best bang for our buck. Claypool hasn’t been having the season we’ve expected, but he’s demonstrated the ability to inflict damage in the red zone over his brief career. The Steelers’ passing attack is sketchy (at best), so we like that Claypool can inflict damage without necessarily needing a ton of volume — at least in theory.

Freiermuth turned a season-high nine targets into just 3.6 FD points in a tie with the Lions last week. It was his lowest output since Week 5. We still love the 29 targets he’s drawn over his past four games, and his three touchdowns over that span. He’s fourth on the Steelers in targets overall and is a good bet to figure prominently into Sunday’s matchup. 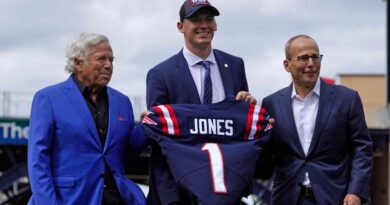