Five rap and R&B legends will take the stage at SoFi Stadium in Inglewood, Cali., during the halftime show for Super Bowl 56.

Dr. Dre, Snoop Dogg, Eminem, Mary J. Blige and Kendrick Lamar will be this year’s performers on one of the biggest stages in the world. Blige is the only one of these artists who has performed at the Super Bowl before; she performed in 2001’s halftime show. The five performers follow The Weeknd’s 2021 halftime show in Tampa, Fla.

Here’s everything to know about this year’s Super Bowl 56 halftime show, including expected start time and a full list of performances throughout the game’s history.

Who is performing during halftime of Super Bowl 56?

Rappers Dr. Dre, Snoop Dogg, Eminem and Kendrick Lamar will join R&B singer Mary J. Blige during the 2022 halftime show. There are often surprise guests who show up during the performance, but that isn’t expected for this year’s show since there are already five headliners.

The five performers have a total of 43 Grammys and 21 Billboard No. 1 albums.

What time does the Super Bowl halftime show start?

The Super Bowl halftime show will likely start shortly after 8 p.m. ET. The game itself kicks off at about 6:30, so the first half should end about 90 minutes later.

The 56-year-old rapper began his career back in 1986 when he was in hip hop group N.W.A. He’s won a total of six Grammy awards in his career, and three of those were for his production on albums or songs.

Dr. Dre is also a well-known producer and entrepreneur. He founded Aftermath Entertainment and Beats headphones, and he acts as CEO for both. He also worked on Death Row Records, signing his now co-performers Eminem, Snoop Dogg and Kendrick Lamar, to name a few.

Who is Snoop Dogg?

The 50-year-old rapper was born Calvin Cordozar Broadus Jr., but uses Snoop Dogg as his stage name. His career began in 1992 when he was featured on a Dr. Dre song “Deep Cover.” He’s released 18 studio albums in his career, with his most recent album “From tha Streets 2 tha Suites” coming out in 2021.

Born Marshall Bruce Mathers III, the 49-year-old rapper is one of the world’s most known rappers. In his almost 26-year career, Eminem has become the ninth selling artist of all time with 220 million sales.

When Eminem first became famous back in 1996, he referred to himself as “Slim Shady,” which is still known as one of his nicknames. He’s gone on various hiatuses from music, but he has 15 Grammy awards to his name.

Who is Mary J. Blige?

Blige is a 50-year-old rhythm and blues singer who came on the music scene in 1991. Since then, she’s released 13 studio albums and has won eight Grammy awards.

Blige also has appeared in various movies and television shows. In 2017, her performance in Mudbound and her original song for the movie were nominated for Academy awards.

Who is Kendrick Lamar?

The youngest of the bunch at 34 years old, Lamar already has 13 Grammy awards. His 2017 album “DAMN.” earned the Pulitzer Prize for Music in 2018, which made Lamar the first non-classical or jazz artist to win the award.

Lamar has four studio albums, with “DAMN.” being his last. He has produced on various albums since, including doing the “Black Panther” Marvel movie soundtrack in 2018.

Do performers get paid for the Super Bowl halftime show?

Super Bowl halftime performers do not get paid. The NFL does cover the cost of the performance, though.

For artists asked to perform at the Super Bowl during halftime, the publicity is more than enough “compensation.”

Who is singing the national anthem at Super Bowl 56?

The singer of the national anthem for Super Bowl 56 has not been announced yet. 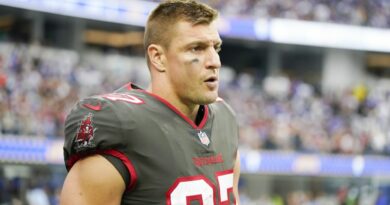 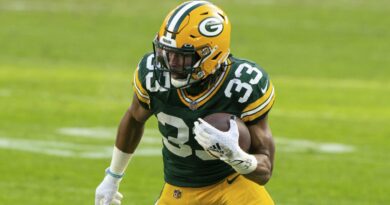