KNOXVILLE, Tenn. — Tennessee sophomore offensive lineman Trey Smith is out indefinitely after doctors found blood clots in his lungs for the second time in 2018.

UT announced Thursday that doctors found the blood clots had returned for Smith, who missed spring football due to the same issue.

“The most important thing is for Trey to be able to get healthy,” UT coach Jeremy Pruitt said in a statement. “He has been an outstanding student-athlete during my time here on and off the field. Our sole focus for Trey is on his recovery. We are thankful that our medical staff discovered this and is getting him the proper treatment.”

He is expected to make a full recovery and will receive care from UT team physicians.

The Jackson, Tenn., native was a freshman All-American in 2017, starting across the UT offensive line. But his health caused him to miss spring football, summer conditioning and part of the preseason after he was diagnosed with blood clots in February.

He was cleared in August to return to football and slid into the left tackle spot, where he started all seven games this season. 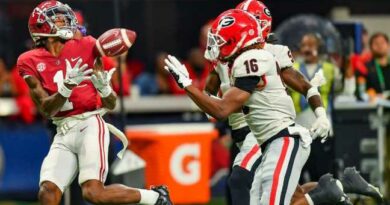