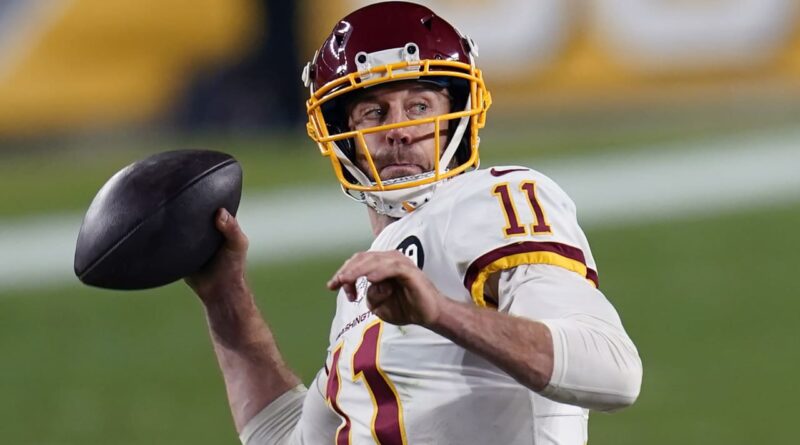 Houston’s quarterback situation remains uncertain, and the Texans might look outside for more help in the coming months.

The Texans could pursue the services of veteran signal-caller Alex Smith if ﻿Deshaun Watson﻿ is not on the team this fall, NFL Network’s Tom Pelissero reported Friday. Watson currently faces 21 civil lawsuits alleging indecent conduct and sexual assault during massage sessions, and he requested a trade from the team earlier this offseason.

Smith has a history with current Texans head coach David Culley from their time together in Kansas City, and with the situation regarding Watson far from resolved, general manager Nick Caserio could pursue additional options at the position with the hope of creating competition, per Pelissero. Veteran ﻿Tyrod Taylor﻿ joined the Texans this offseason, and bringing in Smith would give the latter a chance to compete for a starting job, a role Smith believes he can still fulfill.

A potential pairing would bring Smith’s winding career path nearly full circle, as he suffered his significant leg injury in 2018 in a game against the Texans.

“If Watson is not a member of the Texans this fall, whether it is via a trade, a suspension or he simply doesn’t show up because he still does not want to be in Houston, the Texans did sign another veteran quarterback, ﻿Tyrod Taylor﻿, but don’t rule out the possibility that Houston also could pursue signing Alex Smith,” Pelissero reported on NFL NOW.

“This would be a contingency plan of sorts for the Texans, in addition to having ﻿Tyrod Taylor﻿,” Pelissero added. “Look at what Nick Caserio has done at other positions. He wants competition on that roster. It’s too soon to say right now whether there’s any chance that Watson could be in a Houston uniform because again he has made clear publicly he does not intend to go back (to) the Texans. In terms of what plays out, again, with serious allegations, through civil suits, what would potentially play out through an NFL investigation which remains ongoing, all that remains to be seen. But those answers may be hard to come by in the less-than-four weeks we still have here prior to the NFL draft.”

With Watson’s future status unknown, Houston has received and continues to receive calls regarding a potential trade involving Watson, Pelissero added, but as Watson faces serious allegations, a decision on his future might not come soon.

All 21 of the complaints against Watson have been filed in Harris County, Texas, and each of the plaintiffs are represented by Houston lawyer Tony Buzbee.

Watson’s attorney, Rusty Hardin, released a statement Wednesday that includes signed statements from 18 women, who are professional massage therapists and have worked with Watson, in support of the Texans quarterback.