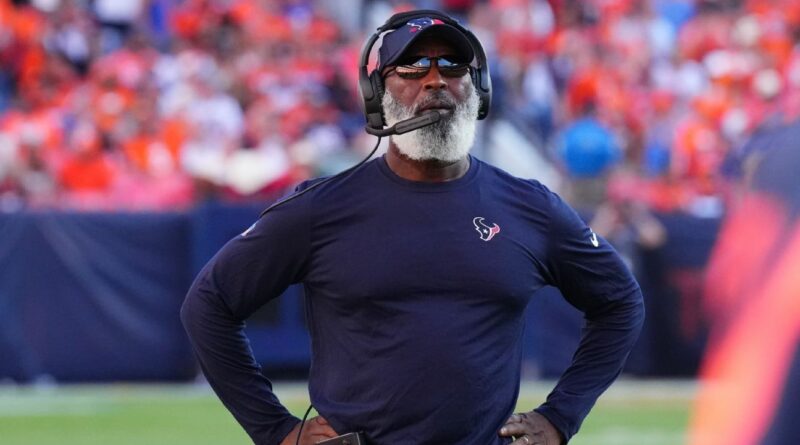 The Houston Texans fired coach Lovie Smith on Sunday night, hours after the team finished 3-13-1 in his first season.

“We are grateful for [Smith’s] leadership and character, and we wish him the best moving forward,” chairman and CEO Cal McNair said in a statement. “While we understand the results have not been what we had hoped for, we are committed to building a program that produces long-term, sustainable success. Our fans and city deserve a team that they can be proud of.”

The Texans now have fired back-to-back coaches after just one year, having ousted David Culley last January. Smith was the defensive coordinator and associate head coach on Culley’s staff in 2021, and was elevated to head coach on Feb. 7.

“I’m constantly evaluating our football operation and believe this is the best decision for us at this time,” general manager Nick Caserio said in a statement. “It is my responsibility to build a comprehensive and competitive program that can sustain success over a long period of time. We aren’t there right now, however, with the support of the McNair family and the resources available to us, I’m confident in the direction of our football program moving forward.”

McNair said he will work with Caserio to “find the right leader for our football team.”

The Texans finished their season with a win, beating the Indianapolis Colts 32-31 earlier Sunday, and had played competitively in four of their last five games.

The Texans’ season opened with a 20-20 tie against the Colts in overtime after they blew a 17-point lead in the fourth quarter, where Smith played for the tie in overtime to avoid a loss.

The Texans were competitive in games in the first half of the season, but fourth-quarter struggles continued to be a theme. The Texans failed to score a point in four out of the first six games in the fourth quarter.

And despite Smith coming over from the defensive side of the ball, the Texans ranked last in rush yards allowed after being second-to-last in 2021.

With the Texans’ win Sunday along with the Chicago Bears’ loss to the Minnesota Vikings, the Texans earned the No. 2 overall pick and the Bears clinched the No. 1 overall pick for the 2023 NFL draft.

Houston now heads into 2023 on the hunt for its fourth head coach since 2020.

Former coach and GM Bill O’Brien was fired after starting 0-4 to begin the 2020 season after completing six full seasons (Romeo Crennel took over and went 4-8 for the rest of the year). Then the Texans hired Caserio as their new GM in 2021, who hired Culley. Culley went 4-13 in 2021 and was fired after one season.

The last team to have four different head coaches in consecutive seasons was the San Francisco 49ers, who had Jim Harbaugh in 2014, Jim Tomsula in 2015, Chip Kelly in 2016 and Kyle Shanahan in 2017.

Murray vs. Hurts face off in Oklahoma mirror match 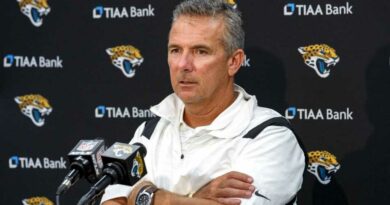 Why won’t the Jaguars fire Urban Meyer? A few reasons why Jacksonville could retain coach beyond 2021