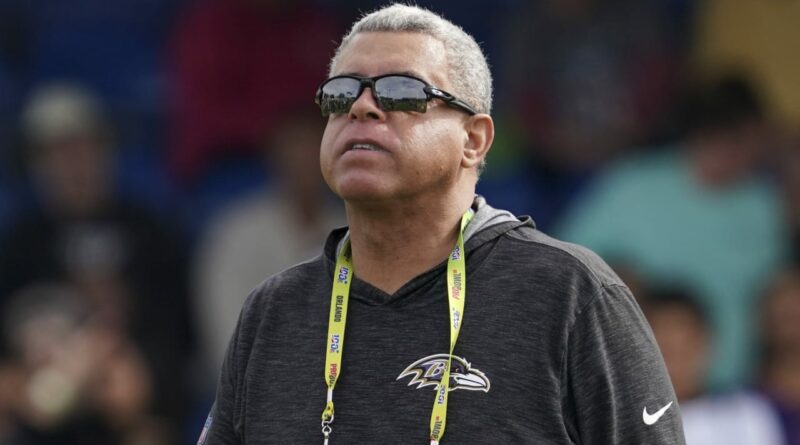 It was the NFL’s first opening at head coach this past season, it became arguably the most scrutinized search and now it’s the last to be filled.

Houston appears to have found its next head coach and it’s David Culley.

The sides have to work out the contract, but Culley is expected to the Texans’ next head coach, Pelissero added.

In town for an interview on Wednesday, Culley is staying put as the Texans offered him the job and he’ll accept it, Rapoport clarified.

With Culley’s hiring and exit from Baltimore, the Ravens will receive two third-round compensatory picks for the hiring of a minority coach, Rapoport added.

Though Culley’s an offensive-minded coach, Texans offensive coordinator Tim Kelly is still on the Houston staff and will remain as the team’s OC, as the franchise blocked several requests to interview him, Rapoport reported. As for the rest of Culley’s staff, it might take shape in a hurry, as Houston is targeting Josh McCown and Lovie Smith for spots, Pelissero and Garafolo reported.

Culley, 65, will become the third Black head coach currently in the NFL (he joins the Pittsburgh Steelers’ Mike Tomlin and the Miami Dolphins’ Brian Flores) and the fifth minority head coach (along with the Washington Football Team’s Ron Rivera and the New York Jets’ Robert Saleh).

Culley, who’s been the Baltimore Ravens assistant head coach/passing coordinator/wide receivers coach the past two seasons, will become an NFL head coach for the first time and will immediately be thrown into the fire that is the Texans’ tumultuous offseason.

A veteran of 27 seasons coaching in the NFL, Culley was with the Buffalo Bills prior to the Ravens and has also coached with the Kansas City Chiefs, Philadelphia Eagles, Pittsburgh Steelers and Tampa Bay Buccaneers, with a 14-season tenure with Philly from 1999-2012 standing as his longest stay. Culley aided in the Ravens ascending to one of the best offenses in the league, though it was chiefly on the ground.

Now, Culley will look to navigate a Texans franchise from its currently troubled waters.

Bill O’Brien was fired as the Texans head coach and general manager after the team’s 0-4 start. Thereafter, the Falcons fired Dan Quinn, the Lions let Matt Patricia go and the Jets, Jaguars and Chargers all parted ways with their coaches after the end of the season. Not long after the 2020 campaign, the Eagles moved on from Doug Pederson. But all those teams filled their vacancies ahead of the Texans.

Houston’s offseason has seen the franchise bring on Nick Caserio as the new general manager.

That move reportedly upset franchise quarterback Deshaun Watson, who was informed he would have at least some involvement with the process.

Since then, uncertainty regarding the future of Watson, one of the finest quarterbacks in the NFL, has run amok.

There’s also a developing situation with J.J. Watt, who’s long been the face of the franchise prior to Watson’s ascent. At 31, Watt has one season left on his current contract and is due a $17.5 million base salary (and $17.5 million cap hit).

And, following a 4-12 season that concluded with a quintet of consecutive defeats, the Texans look ahead to a draft that doesn’t begin for them until the third round after O’Brien traded away the franchise’s 2021 first- and second-round picks.

Culley’s only reported HC interview came with the Texans, who welcomed a host of candidates — among them Eric Bieniemy, Jim Caldwell, Leslie Frazier and McCown. News of interest in McCown, who was the team’s reserve quarterback at the conclusion of the year and has no NFL coaching experience, garnered an overwhelmingly negative reaction.

Now, though, the Texans have settled on Culley as the franchise’s fourth full-time head coach.

The Texans have ended their search for their next head coach and filled the NFL’s last vacancy. But there are plenty of questions unanswered and storylines ongoing in Houston.

For Culley, he’s earned a second shot at being an NFL head coach, but the work’s just beginning.