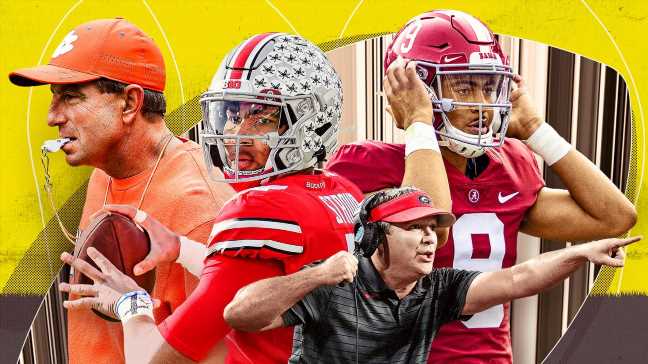 College football has only a handful of elite teams, but the actual field of contenders to finish in the selection committee’s top four this fall runs deep — at least according to the Allstate Playoff Predictor, which gives 19 teams more than a 1% chance of making a College Football Playoff semifinal.

Only seven of those teams have at least a 1% chance of winning the national title.

With that in mind, here’s a deeper dive into this year’s CFP contenders, according to the Allstate Playoff Predictor, starting with the teams with the best chance to make the playoff:

Toughest test: Nov. 26 vs. Michigan. It’s not going to be easy, but it’s quite possible the Wolverines could be undefeated heading into Columbus for their biggest game of the regular season.

What the committee will like: The star power on what should be the nation’s top offense — again. A Heisman-caliber quarterback has been a consistent trait among past CFP contenders, but it doesn’t stop at C.J. Stroud. Receiver Jaxon Smith-Njigba could also play his way into the Heisman conversation, and running back TreVeyon Henderson gives the Buckeyes another powerful option.

What the committee won’t like: Home losses to crossover opponents from the Big Ten’s West Division. The good news? If Ohio State were to lose to Wisconsin or Iowa, it could have a chance to redeem itself in the Big Ten title game. The bad news? Ohio State shouldn’t lose to either of those teams at home if it’s a top-four team. 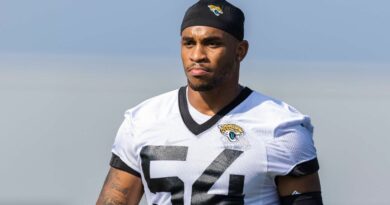 Aiming to prove himself, Herbert will throw at combine