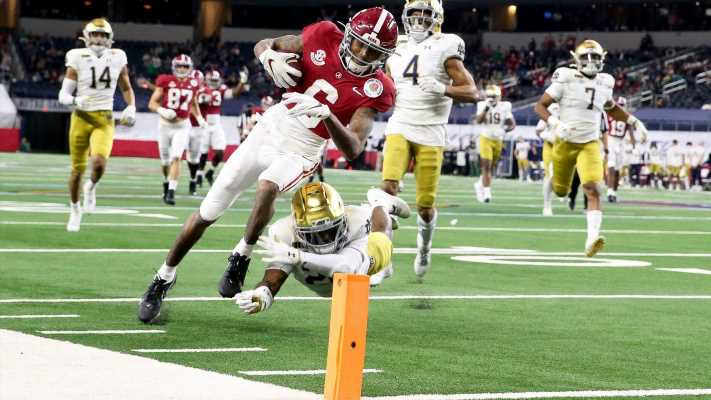 The Heisman Trophy will be awarded Tuesday, nearly a month after its traditional ceremony date. There won't be any pomp and circumstance in New York, either, as this event will be virtual, making it another casualty of the impact of COVID-19 on the college football season.

ESPN will broadcast from its Bristol, Connecticut, studios (7 p.m. ET) with the finalists either at home or at their school.

There are four finalists, with the rare circumstance of two teammates being among the front-runners and another conference foe also included. Voting, like usual, took place before bowl games, so stats and performances in the postseason were not considered.

The case for each of the finalists before the handing out of the top individual honor for the college football season:

The case for: Lawrence led the Tigers to their third consecutive ACC championship and another College Football Playoff berth by throwing 22 touchdown passes during nine games in the regular season. Along the way, he continued to build a resume that compares to some of college football's top quarterback prospects since Peyton Manning.  His stats would have been more impressive if not for two missed games due to testing positive for COVID-19. Widely expected to be the  No. 1 overall pick in this year's draft, Lawrence's production, poise, success and off-field accomplishments make him a worthy selection for the Heisman. Only the second finalist in program history, he would be the first Clemson player to win the award.

The case for: There was supposed to be a drop-off in the Crimson Tide offense with Tua Tagovailoa leaving for the NFL. Instead, Alabama averaged almost 50 points, a school record, with Jones leading the high-octane attack. He was poised in the team's biggest wins against Georgia and Florida with 835 yards and nine touchdowns. On the season, the junior completed 250 of 327 passes for 3,739 yards and 32 touchdowns with just four interceptions. He would be the first quarterback to win the Heisman after Tagovailoa and AJ McCarron both finished second.

The case for: Arguably the most talented player for the top-ranked Tide and maybe all of the country. The senior accounted for 19 total touchdowns and 1,767 all-purpose yards during the regular season, including 1,511 receiving yards and 17 scoring catches. He’d already etched his name in Alabama lore when he hauled in the title-winning touchdown pass from Tagovailoa to end his freshman season, and he now has a chance to become only the seventh Heisman winner playing a position other than quarterback or running back. He amassed 231 receiving yards with three scores against LSU on Dec. 5 and added two more scoring catches in the SEC championship game against Florida.

The case for: With the Gators’ defense being well below its high standard, the burden of the team's success fell to Trask. He delivered. The senior threw for four touchdowns in his first six games, an SEC record, as Florida became the favorite in the East Division with its defeat of Georgia. His best performance came in the loss in the conference championship game to Alabama. He passed for 408 yards and three scores without an interception to lead an offense that put up 46 points in a close loss to the Crimson Tide. Despite playing 11 games against SEC competition, Trask easily led the nation with 4,125 passing yards and 43 touchdowns during the regular season.